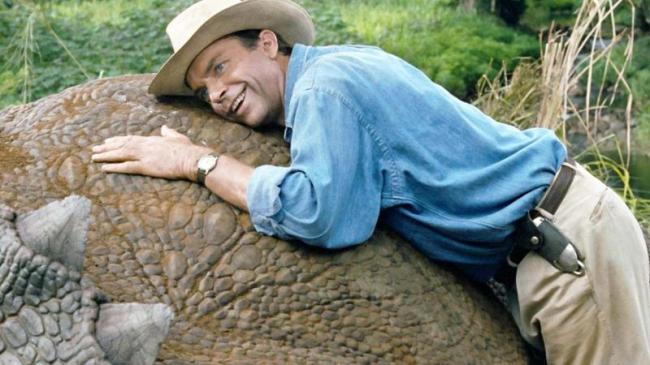 In Martin Scorsese’s recent movie Hugo, characters bandy about that old phrase “the magic of movies.” The titular hero talks repeatedly about the power of films, about their ability to create dreams and magic. We witness another character in Hugo watching a movie for the very first time. The look of sheer wonder on her face is a thing of true beauty.

A century ago or so, every person who had seen a motion picture could describe the first time they witnessed the magic of movies. Even up until the mid-20th century, children knew the exact “first time” when they saw moving pictures. With the spread of television, though, everything changed. The first movie a child eventually saw didn’t often have the same impact such an occasion once did, because most children had already seen the wonder of moving pictures on their television sets before ever setting foot in a movie theatre.

The Apple Box is going to be a blog of movie reviews and movie-related columns. I’ll refrain from classifying it any more just yet, largely because, to borrow a quote from The Social Network, I don’t even know what it is yet. Most of the writing will be done by myself, though there will also be a guest columnist or two. For now, rather than futilely try and explain what this blog will be when I don’t truly know yet myself, let me instead inform you a little into what made me the movie critic I am. Let me share my magic moment with you.

Growing up in the 1980s, I didn’t watch most of the live-action fare of the decade. I recall that the first movie I saw in a theatre was The Land Before Time in 1988. Other than a VHS copy of E.T.: The Extra-Terrestrial that I owned but never much appreciated at that young age, I didn’t start watching live-action movies until 1990, the year that gave my demographic Teenage Mutant Ninja Turtles, Kindergarten Cop, and Home Alone. I started watching more live-action as the years continued (including my best friend and I stealing his father’s copy of Total Recall and secretly watching the R-rated movie during a sleepover), though I still preferred animation for the simple reason that it could accomplish anything. Live-action movies, in my ten-year-old mind, would always be inferior because they were always bound to reality.

All that changed for me on June 11, 1993. As an early 11th birthday present, my parents took me to see the opening evening show of Jurassic Park. That night marked the divide between my childhood and my youth.

A year earlier, my father had lent me a paperback of the Michael Crichton novel. I’ve read it numerous times since, but despite my father’s assurance that I would love it, I never actually gave it a chance. I flipped through it, saw all the scientific words, and decided to play Super Nintendo instead. I ashamedly told my father I had read it, though, and, wanting to be able to bond with him over something he clearly liked, told him I loved it. I’ve always regretted lying to my father about that. But I’ve also always been glad that I did, because it led to his decision to take me to see the movie adaptation for my birthday.

I didn’t know what to expect from it other than the involvement of dinosaurs – which, to my father’s credit, I had always been obsessed with. I’d had the story explained to me, but to a ten-year-old, genetic engineering and DNA recombination are as foreign concepts as disco. For some reason, I interpreted all the terms to mean “robotic dinosaurs.” Needless to say, I was bound to be surprised by the movie no matter what I thought of it.

Still, I wasn’t prepared for the wonder I experienced. To me, at that ripe age, Jurassic Park was perfection. It made me laugh. It made me cry. It made me scared. It made be angry. It elicited pure joy in me.

Specific scenes or moments are not really important, as the movie itself didn’t specifically have to be Jurassic Park. For me, it happened to be. For you, it likely was another movie entirely. Whatever film it was, though, the odds are that you know exactly the effect I mean. Everybody has that one movie that serves as a stark divider between the naïve innocence of youth and the wondrous opened eyes of seeing a dream made real.

On that day in 1993, I sat in the theatre, flanked by my parents on either side. I always sat between my parents, because I was a child. I still was, as the movie began. By the time the credits rolled and the house lights came up, I may still have been a child, but I was forever changed. I began the movie mentally relating to the child characters (like I always had up until then) but found myself aligned with the adult leads by the end of the film. I’ve mentally related to the adult characters in movies ever since. I left that theatre in 1993 still a boy a few days shy of turning 11, but I had gained the power of perspective in those two hours of cinema.

Almost 19 years later, that theatre has been demolished. The movie ticket stub that granted me access into that wondrous world has long since turned to compost. Even that old paperback copy of Jurassic Park my father gave me, which I still proudly have, has aged with the years. But the effect of that movie, on that night, has shaped who I am today, as I’m sure that one very special film of yours did for you. The exact movie is almost irrelevant; the experience itself is a universal one. That is the true magic of movies.