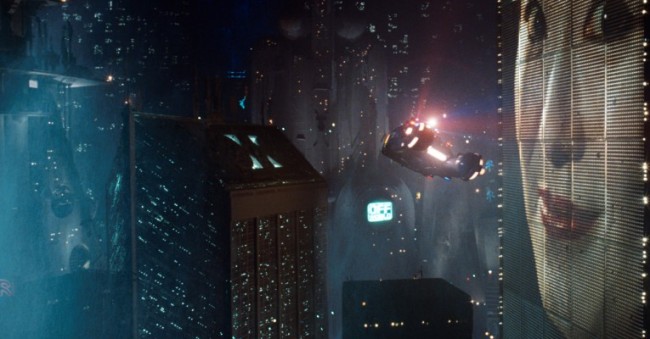 (Curious about why certain movies were chosen or ranked as they were? Click here.)

Forgotten somewhat in the wake of Steven Soderbergh’s 2002 remake with George Clooney, the original Solaris was Russia’s answer to 2001: A Space Odyssey. Much like Kubrick’s, Andrei Tarkovsky’s contemplative film uses science-fiction and space to examine the nuances of being human. Psychologist Kris Kelvin (Donatas Banionis) visits a space station orbiting the planet of Solaris, only to find the planet is having strange effects on the station’s crew. When Kelvin wakes up one morning to find his late wife beside him (who has no memories of anything after her death and doesn’t know she’s died), he begins a long journey that not only examines a wholly original idea of alien contact but also makes you question whether your actions would be the same as the protagonist’s.

Written by H.G. Wells, Things to Come is a prediction of the hundred years that lied ahead of 1930s audiences. Like any movie that galls to guess the shape of things to come, it has its moments of laughable erroneousness. (A giant cannon to shoot people to the moon? A zombie plague?) What’s especially impressive, though, is how many things it gets spot-on, from predicting cell phones and space travel to poison gas warfare and even World War II (the start of which Wells was only off by a year). The special effects are still impressive all these decades later and a middle third involving post-war wastelands was influential to everything from Mad Max to The Walking Dead. The acting is stiff at times, but the bold vision of Things to Come helped create the sci-fi genre and still impresses today.

In the recent, early days of movies being completely filmed on green-screen soundstages, Sky Captain and the World of Tomorrow served as both a testament to the technique’s possibilities and a lightning rod for those who felt the format looked too fake. To be fair, the movie certainly doesn’t look realistic, but that’s completely intentional. Taking place in essentially a different timeline than ours, where zeppelins are still used for mass travel and floating aircraft carriers hang in the sky (nearly a decade before The Avengers used the same idea), Sky Captain and the World of Tomorrow is filmed in a hazy, sepia-tinged style that befits its steampunk film-noir aesthetic beautifully. The movie is lined with action sequence after action sequence as Jude Law and Gwyneth Paltrow, exes who reluctantly team up to solve a mystery, banter fantastically with each other. In quality, spectacle, and pacing, it’s the Raiders of the Lost Ark of science-fiction movies.

For a long time, the original Gojira wasn’t seen in North America. Most people’s exposure to the film outside Asia was the rather bad re-edit titled Godzilla, King of the Monsters!, in which the American actor Raymond Burr was inserted into scenes of the movie to make it appeal to Western audiences and the dialogue was dubbed over in English. The original Gojira, though, is a fantastic monster movie wonderfully inspired by ‘50s fears of nuclear testing. Fewer shots look like a man in a rubber suit than you’d expect, and the occasional ones that are in the movie have an old-school charm to them. Countless sequels, simplistic parodies, and the horrible 1998 Godzilla have tarnished the reputation of the series, but 1954’s Gojira helped create the modern sci-fi action movie.

Overshadowed somewhat by another 1977 sci-fi movie, Close Encounters of the Third Kind was Steven Spielberg’s first foray into the genre. Not only did it prove that Jaws was no fluke, it bravely was one of the first movies of its kind to depict the possibility of benign aliens coming to Earth. When electrical lineman Roy (Richard Dreyfuss) has a close encounter with a UFO, he becomes obsessed with the idea of visitors, much to the growing concern of his wife (Teri Garr) and children. The five-note piece of music used by scientists to communicate with aliens at the end of the movie is one of the most iconic musical motifs in modern cinema, as are such scenes as Roy recreating images of a mysterious mountain out of everything from scrap metal to mashed potatoes. Spielberg would go on to make over a half-dozen sci-fi movies after it, but Close Encounters of the Third Kind remains one of his best.

Many who saw Oblivion earlier this year thought it was an incredibly clever premise. It was, but unknown to some people is that the premise was already done before, and better, in 2009’s Moon. Sam Rockwell, essentially the only actor on screen for the film, plays Sam Bell, the lone worker at a lunar mining base. Nearing the end of his three-year contract, Sam is beginning to experience cabin fever and hallucinations – his only companionship comes from a HAL 9000-like computer (voiced by Kevin Spacey) and videos transmitted from his wife back on Earth – when he crashes his rover on the Moon’s surface. He awakes at his base, unaware of how he got back, only to find himself face-to-face with another version of himself. Watching the movie, you don’t know whether Sam is slowly going crazy or if something conspiratorially sinister is afoot, and that’s part of what makes the film so gripping. (Writer-director Duncan Jones – David Bowie’s son, incidentally – would next go on the make the also-excellent Source Code.) Oblivion may have been more visually dazzling, but Moon used the same premise to deliver one of the most intellectually stimulating science-fiction films since 2001: A Space Odyssey.

By 1997, Robert Zemeckis had directed Romancing the Stone, the Back to the Future trilogy, Who Framed Roger Rabbit, Death Becomes Her, and the Best Picture-winning Forrest Gump. When trailers revealed his next movie to be a dramatic science-fiction film about first contact with aliens starring the two-time Oscar-winner Jodie Foster, expectations were high. Because of such high expectations – and the unfortunate marketing that misled some into thinking it was more alien-heavy than it ended up being – many were disappointed by the ultimate result, but Contact stands up remarkably well and is much better than audience gave it credit for 16 years ago. Featuring a captivating performance by James Woods and one of Matthew McConaughey’s best early performances, Contact explores the reality of what first contact would be like in a way few films achieve as realistically.

Following on the heels of the landmark sci-fi thriller Alien, director Ridley Scott returned to the genre in his futuristic film noir Blade Runner. Harrison Ford, having just given the world their introduction to Indiana Jones a year earlier, here plays Rick Deckard, a bounty hunter of androids (or a “blade runner”) in 2019 Los Angeles. The movie was much darker in style and tone than audiences were used to from Ford, and Blade Runner didn’t connect with audiences or critics in 1982. (It didn’t help that nervous studio heads had added voiceover and a happy ending to the film, nor that Blade Runner came out in the same summer as Star Trek II: The Wrath of Khan, The Thing, and E.T.: The Extra-Terrestrial.) Now considered one of the greats of science-fiction, Blade Runner has since been returned to Scott’s original vision. If possible, try to watch the “final cut” of the film – the “director’s cut” also returns the film to its original vision – because the original theatrical version with Warner Bros.’ tinkering is a much weaker film than Scott intended.

James Cameron had only made one other movie, his since-disowned Piranha II: The Spawning, before he wrote and directed The Terminator. Arnold Schwarzenegger became a household name for his portrayal of the unstoppable killing machine known as a “terminator.” In the future, a war wages between humans and self-aware machines. The leader of the humans’ side is a man named John Connor. When time travel is invented, the machines send a terminator back in time to assassinate John’s mother (Linda Hamilton) before she can give birth to him, in a effort to win the war by ensuring it never starts. The humans send a man back in time as well: Kyle Reese (Michael Biehn), whose mission is to protect Sarah Connor at all costs. Cameron had already perfected his tightly bombastic style by the time he made The Terminator, which resulted in a number of excellent action scenes. The sequel, Terminator 2: Judgment Day, is one of the rare sequels even better than the original, but The Terminator is still one of the best sci-fi action movies of the ‘80s.

Released in 1902, George Méliès’s A Trip to the Moon (or Le Voyage dans la Lune, in its native France) was the very first science-fiction film. Ever. Clocking in at between 10 and 17 minutes (depending on the speed at which it’s projected), it was a short film, but in that brief amount of time it managed to tell a complete story, leave several memorable images, and create an entire genre. The plot, such as it is, involves a group of astronomers who travel to the Moon (in a giant bullet), crash on its surface, fight a horde of aliens, and return to Earth. It’s not a complicated movie, but in 1902, it transported people to another world in a way nobody had ever experienced. A Trip to the Moon’s influence on virtually every science-fiction movie to follow, either directly or indirectly, can’t be overstated. (The image of the Moon’s face – played by Méliès himself – with the ship sticking in its eye is one of the most recognizable in cinema.) It may not be able to visually compete with the high-def, 3-D, CGI spectacles that fill multiplexes nowadays, but its simple story, innovative effects, and classic charm are just as fun to watch now as they were over a century ago.