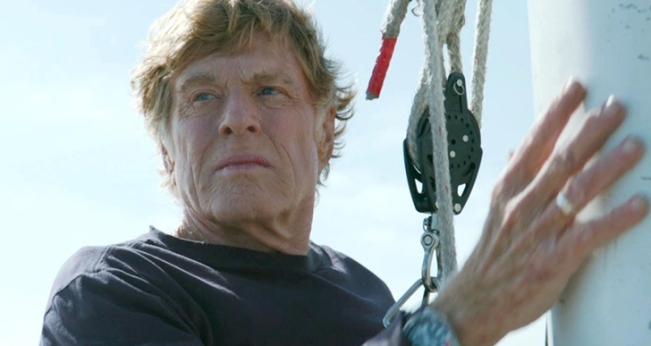 Rush’s advertising made the movie seem like Chris Hemsworth was the star of the movie, but Brühl was his equal in every way and gave a layered performance as the egotistic and brilliant F1 racer Nicki Lauda.

Few performances covered as much territory, time, and emotion as Exarchopoulos’s in Blue is the Warmest Colour. Playing a young woman discovering and exploring her sexuality while also experiencing the pains of first love, Exarchopoulos was stunning.

Playing an obsessed detective on the trail of a child abductor, while also dealing with a tormented father (Hugh Jackman) and his own psychological issues, Gyllenhaal was a living time bomb. His character’s tic of blinking when he’s stressed about something was an especially brilliant choice.

As Captain Phillips went from beginning to end, it became a greater and greater movie. The same can be said for Hanks’s performance, which started out excellently and ended with one of the most riveting scenes in 2013. His work in Captain Phillips was some of his best.

Struggling folk singer Llewyn Davis is such a grumpy, self-centered jerk that few actors could really have made him bearable. Isaac did it better than anyone else probably could have, giving Davis a resigned attitude and misanthropic sardonicism that skilfully walks a line between evoking pity and admiration.

In the past, there have been vocal performances that have stirred up the idea of nominating voice acting for an Oscar, but they were all for relatively simple performances in animated movies. Scarlett Johansson managed to create a three-dimensional, believable, and memorable character with just her voice, as the artificially intelligent Samantha in the live-action fable Her.

Known to most North American audiences as the villainous Le Chiffre in the 2006 James Bond reboot Casino Royale, Mikkelsen gave a heartbreaking and haunting performance in The Hunt as a kindergarten teacher falsely accused of sexually assaulting a child.

ROBERT REDFORD (All is Lost)

Arguably the greatest acting all year was Redford’s in the nearly silent, slow-burn, one-man-show that was All is Lost. As the only actor on screen for the entire movie and with barely two minutes of talking, Redford gave a physically and emotionally powerful performance as a man fighting against the odds to stay alive, adrift at sea.

SAM ROCKWELL (The Way Way Back)

The single funniest performance all year was Rockwell’s portrayal of the layabout manager of a seaside town waterpark who takes a mild-mannered and bullied teenager under his wing and mentors him on life, while not doing much with his own. It’s a great role and Rockwell was cast perfectly in it.

Two years after crying underwater in The Descendants, Woodley returned with an even more interesting performance as the perpetually optimistic Aimee. At first, her character seemed like the smart, quiet love interest in every other teen movie, but much like The Spectacular Now itself, she became more and more interesting as her story unfolded.