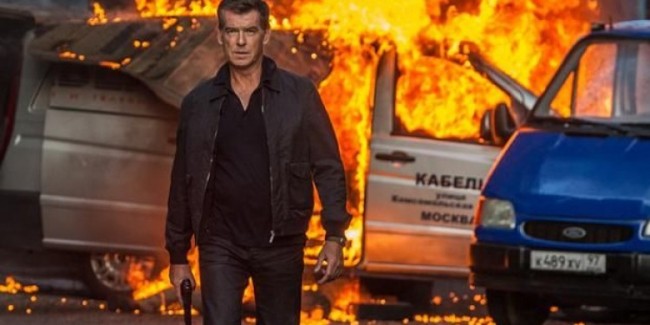 On paper, The November Man sounds awesome. A continent-hopping conspiracy thriller in the vein of the Bourne series but starring James Bond, it feels like it should supplant the personality-less lead of the Bourne movies with the suave smoothness of 007. Brosnan does admirably with his part of the deal, but the problem is the script feels less like The Bourne Identity than like one of the many ghostwritten sequels to Robert Ludlum’s book series.

Peter Devereaux (Brosnan) is an ex-CIA agent living out his retirement in Switzerland when he’s lured into helping with a mission by an old friend (Bill Smitrovich). Meanwhile, events unfold that lead to Devereaux’s old protégé, David Mason (Luke Bracey), being assigned by the CIA to hunt down and take out his former mentor.

For the first 30 or 40 minutes, The November Man moves at a brisk enough pace that it outpaces its lapses in logic and its bone-headed character motivations. It’s dumb, but deftly enough presented that you just go along with the movie and enjoy the ride.

After a third of the way through The November Man, though, after Devereaux has taken under his wing an important witness (Olga Kurylenko), the movie begins requiring bigger and bigger leaps of faith from its audience. After a while, the reward just isn’t worth going along with for the ride. By the final half-hour, the movie just gives up any semblance of quality or coherence.

Brosnan deserves credit for making the leaky ship sail for as long as it does. He steps into the shoes of Devereaux like he’s been playing it for years (understandably). A nice touch to his performance is that instead of simply phoning in a James Bond performance under a new moniker, Brosnan folds in elements of more complex characters he’s played post-007 in movies like The Matador and The Ghost Writer.

Eventually, though, the script gets the upper hand against Bronson, making Devereaux do more and more needlessly cruel things to innocent people, ultimately severing the ties that make you care about his character.

At the same time, much of the screen time is devoted to Mason’s hunt, which resonates with a thud since the movie spends no time giving the audience any reason to care about him at all, and making him look worse and worse as the movie goes along.

The November Man isn’t a bad movie, despite such prominent flaws. Brosnan’s comfortable performance as Devereaux goes a long way toward redeeming the nonsensical script. Ultimately, though, it’s no James Bond movie and it’s no Jason Bourne movie. It’s more of a post-Taken Liam Neeson movie.