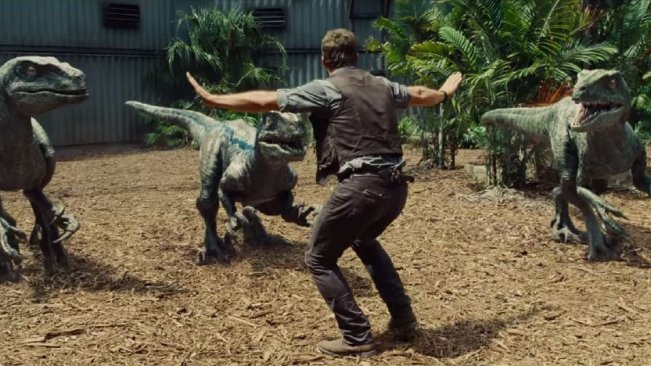 There will never be a sequel to Jurassic Park that beats the original, or even comes close. Not only was it a crossroads of entertainment, art, and technological innovation that was very of its exact time, but the awe of witnessing dinosaurs brought to realistic life for the first time on screen can never truly be recaptured or recreated.

It’s for this reason that so many arguments between fans of the film series centre instead around which sequel is better. (For the record, count me in the Jurassic Park III camp.) Neither can compare to the original, so the only fair evaluation is between sequels. Coming over a dozen years after the last adventure of man vs. dinosaur and hubris, Jurassic World can now be tossed into that debate. 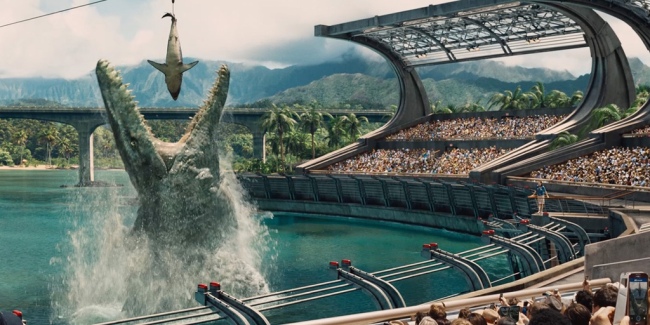 Two decades after the test run of tycoon John Hammond’s dinosaur preserve on Isla Nublar ended in disaster and death, the island has been reclaimed and Hammond’s dream fully realized. Jurassic World is the theme park Hammond envisioned, complete with a monorail, an aviary, and a mosasaur feeding show.

Claire Dearing (Bryce Dallas Howard) is the parks operation manager, in charge of the satisfaction of millions of annual park visitors and accountable to the park’s owner, Simon Masrani (Irrfan Khan), for keeping the numbers up. Each time a new dinosaur has been introduced, attendance has spiked, but after twenty years of the extinct creatures walking the Earth again, people just no longer care.

Claire is tasked with doing something new and bold to get people’s interest back, which leads her and her genetics team (headed by Jurassic Park’s Henry Wu, played by the returning BD Wong) to genetically engineering what they hope to be the most terrifying dinosaur ever. They succeed, creating the nightmarish Indominus rex. And surely enough, Claire and her team quickly find they’ve created a threat they don’t properly understand and can’t hope to control. 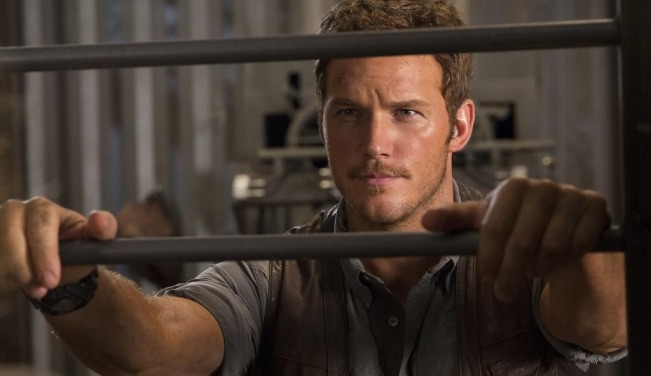 Action star of last year’s Guardians of the Galaxy and The LEGO Movie Chris Pratt continues his meteoric rise as Owen Grady, heir apparent to Indiana Jones and Alan Grant. Owen’s in charge of the raptors, and has survived in that position by imprinting as the alpha of the raptor pack. The raptors answer to him, but him alone, and are always one submissive look away from taking his life.

No Jurassic Park movie would be complete without children to put in danger, either, and Jurassic World doesn’t drop the ball. Claire’s nephews Zach (Nick Robinson) and Gray (Ty Simpkins) happen to be visiting the park the very day the I. rex escapes and, wouldn’t you know it, they’re stuck way on the opposite side of the island, alongside a predator unlike anything ever faced.

There are other plot threads as well, including a militant security head played by Vincent D’Onofrio who has some radically dangerous ideas for the use of velociraptors, but the bulk of the action involves Owen, Claire, Zach, and Gray (not to mention 20,000 trapped visitors) surviving the dinosaurian rampage.

Director Colin Trevorrow has the unenviable task of resurrecting the prehistoric franchise, but manages to avoid the traps that hobbled Terminator: Salvation, Scream 4, and Indiana Jones and the Kingdom of the Crystal Skull. By walking a fine line between stealing from the original Jurassic Park and paying reverence to it, Jurassic World is a solidly coherent movie on its own and a sequel that builds on the original.

Pratt and Howard are both wonderful, playing off each other like in the best banter scenes of Raiders of the Lost Ark or Romancing the Stone. Khan is refreshing as a Hammond-type whose crime isn’t scientific arrogance but ignorance of what his scientists are doing. And Wong, clearly enjoying a much larger role for Wu this time around, maliciously chews his lines with the joy that comes from getting a 22-year callback.

The screenplay does a fantastic job of establishing all the pieces of the movie’s game board over the opening half-hour, before setting everything in motion. It’s not a revolutionary formula, but it’s a very effective one, and executed here with aplomb. The only time Jurassic World stumbles is during a poorly conceived plot detour involving weaponized raptors, but the movie rights itself relatively quickly. 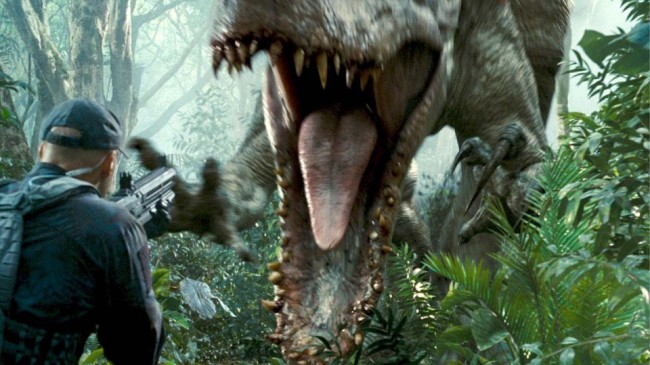 It should be stressed, for those who might not be prepared, that Jurassic World is by far the most bloody, brutally violent, and frightening movie in the series. Much like the on-screen crowds that Claire points out are bored with the usual stuff, audiences nowadays seem to require more and more bloodlust to be filled, which leads to more deaths in this movie than in the first three combined, and often in quite dark or brutal fashions.

Speaking personally, Jurassic Park is my all-time favourite movie. I’ve been waiting 14 years for a new movie in the series, and frankly, despite trying desperately to manage my hopes over the last year or so, I went into Jurassic World with slightly higher than realistic expectations. Even so, I wasn’t disappointed.

The debate over the best Jurassic Park sequel finally has a clear victor. It may not come close to the wonder and spectacle of the 1993 original, but Jurassic World is insanely fun, visually dazzling, and exactly what you want from a modern summer blockbuster.