There are four major releases coming out on DVD and Blu-Ray this week, and despite the fact that one of them is the highest-grossing movie of 2015 not featuring dinosaurs, the most talked-about movie seems to be Poltergeist, the remake of the classic 1982 horror film about a suburban house built on a cemetery.

In 1982, Steven Spielberg wanted to tackle the “haunted house” movie, but make it as personally terrifying for audiences as Jaws had been to beach vacations. He wrote a brilliant screenplay to set the movie’s foundation — but it would prove to be the last movie Spielberg ever wrote.

Due to a contractual obligation to Universal Studios, he wasn’t legally allowed to work on another picture at the same time as E.T.: The Extra-Terrestrial. As such, Spielberg hired Tobe Hooper, director of 1974’s horror classic The Texas Chainsaw Massacre, to helm his ship. 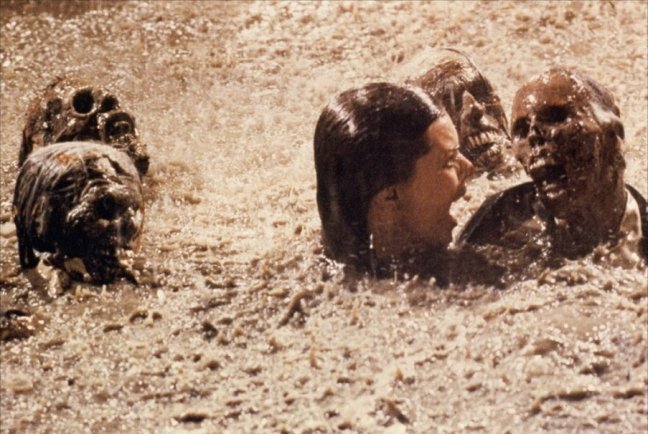 When Poltergeist came out in the summer of ’82, it was undeniably and unashamedly a Spielberg picture. Hooper’s fingerprints are certainly there, but the film’s producers, actors, and even Spielberg himself have all admitted over the years that it was really Spielberg’s work. And, as everyone knows to be an established fact, Steven Spielberg is a master of cinema.

So what happens when you remake a Spielberg movie?

Poltergeist 2.0 isn’t as bad as many horror remakes of the last 15 years, but it’s one of the most unnecessary. Director Gil Kenan clearly grew up watching the original and likely worshipping it, which explains why his remake is so slavish to its source film. 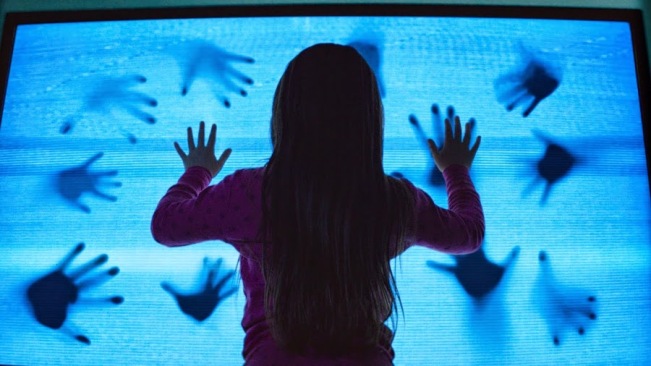 Like many other directors in his generation, Kenan wanted to introduce new moviegoers to a classic he grew up with. Typically, when that happens, directors are too afraid to change anything from the original they still worship — the most notorious example of that being Gus Van Sant’s shot-for-shot remake of Psycho.

While Kenan changes superficial things — the television static through which the angered souls communicate is now in stunning, 1080p high-definition! — the plot is identical to the original, right down to its individual beats. In other remakes, such similarities aren’t crippling to a remake, but therein lies the largest problem with remaking Poltergeist to begin with.

There are movies that are so influential, be it to their cinematic genre or to pop culture in general, new viewers can mistake their originality for rote cliché if unaware of context. Without the perspective of their trail-blazing ingenuity, Casablanca, Die Hard, and Star Wars seem no more impressive than You’ve Got Mail, Olympus Has Fallen, and Jupiter Ascending.

The original Poltergeist was revolutionary for what horror movies could do and the subjects they could play with. Poltergeist influenced everything from It and Insidious to The X-Files and several episodes of The Simpsons. Hell, there’s nary a person alive who’s never heard the sing-song line “They’re heeeeeeere” quoted at some point in their lives.

Kenan’s remake has all the same scares as the original, including but not limited to: scary clowns, possessed tree branches, closet portals, moving furniture, and graphically gory hallucinations.

At this point, though, every one of those such moments, once so original and terrifying in 1982’s classic, have become trite horror tropes of lazy directors and unoriginal screenwriters.

Everyone I’ve spoken to who has seen the remake but not the original thought the new Poltergeist was dumb, pointless, or just plain not scary. And they’re right all points. The sad thing is that the original, as amazing as it is and as well as it still holds up over three decades later, will never be as impressive as it could have been were it the first exposure these people had to the premise.

Perhaps I’m giving the original too much credit. As important as 1982’s Poltergeist has been to everything in the horror genre thereafter and as well-made a horror film as it is, it’s not unfair to say some parts haven’t aged as well as others.

And in fairness to the remake, there are parts that are improvements over the original. In particular, Sam Rockwell is instantly more likeable as a crotchety father than Craig T. Nelson was, and one of the few original scenes uses a power drill and a classic method of ratcheting up suspense to terrifying effect.

Ultimately, though, Poltergeist is a movie that can’t work without the perspective of what it originally influenced. The remake, as similar as it is in concept and plot to the original, can’t overcome the fact its scares have all been seen before, in everything directly and indirectly influenced by Spielberg and Hooper’s original film since.

Is the new one worth seeing? If you’ve seen the first one and are curious enough for the 10 per cent of improvements that you don’t mind wading through the other rote 90 per cent, sure. If you haven’t seen the original, though, don’t waste your time on Kenan’s Xerox. The original Poltergeist remains one of the scariest movies of all time — even without the high-def TV.