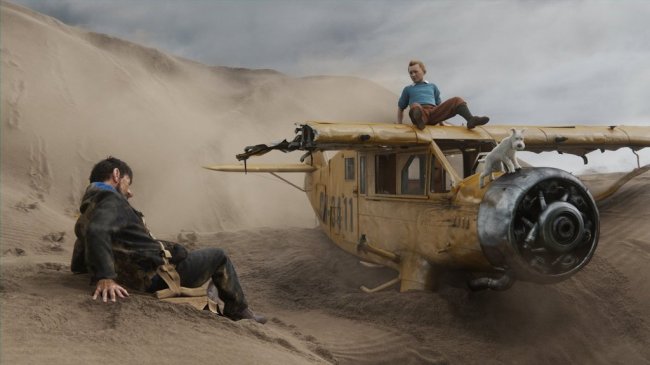 It would be a criminal mistake to dismiss it as “just another animated movie” — Steven Spielberg filmed it using Avatar’s motion-capture cameras, then rendered all the settings and background characters into visually exaggerated yet photorealistic pieces of larger-than-life art. Tintin and Indiana Jones have always been flip sides of the same coin, and The Adventures of Tintin reignites a sense of adventure in Spielberg rarely seen since 1993. To put it bluntly: it’s the second-greatest Indiana Jones movie Spielberg made. 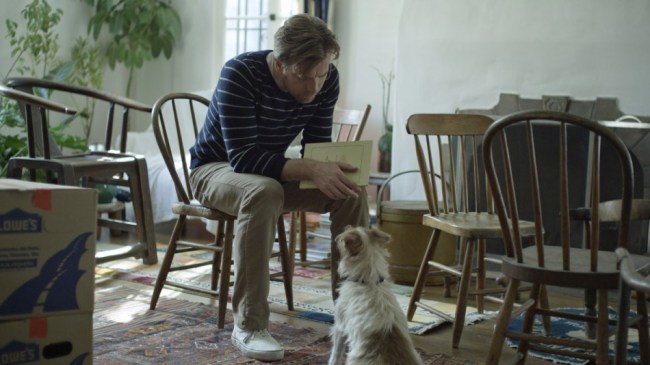 If there were more justice in the world, Beginners would be mentioned in the same breath as Before Sunrise, Garden State, and 500 Days of Summer. In a story of learning to embrace being who you are, Ewan McGregor plays Oliver, a withdrawn man who meets a woman (Greta Gerwig) who gets him to open himself up again to the possibility of love. (In a parallel plot thread, Christopher Plummer plays Oliver’s father, who comes out of the closet at 75.) All the movie’s relationships are examinations of new beginnings, and each of the characters in this beautifully touching and honest look at love the titular beginners.

So many movies try to recapture that seemingly inimitable essence of John Hughes’ ’80s teens flicks, but Easy A is the first in 20-odd years to truly succeed. Emma Stone came into her own as a movie star as Olive, a high-schooler on the fringes of popularity who through a series of understandable but poor choices, helps unpopular guys at her school by pretending to have fooled around with them. Hilarious performances abound, from Stanley Tucci and Patricia Clarkson as Olive’s parents to Thomas Haden Church and Lisa Kudrow as her teachers, and Will Gluck’s clever screenplay manages to make some pretty lofty literary allusions while still finding room for sexual farce.

Argo is the true story of the CIA operative (Ben Affleck) who was in charge of rescuing six American diplomats trapped in Iran in the ‘70s. He joins the diplomats in the house of the Canadian Ambassador, who’s secretly hiding them, and makes a plan to sneak them out by posing as a Canadian film crew scouting locations for a science-fiction movie (the titular “Argo”). Everything is right about this movie, from the clothes to the props to the soundtrack. It doesn’t feel like it’s set in in ’70s, it films like it was filmed in the ‘70s. Affleck deserves most of the credit, not just for his strong lead performance, but for his immensely talented direction and skill at ratcheting tension, particularly in one of the tautest climaxes of recent cinema. 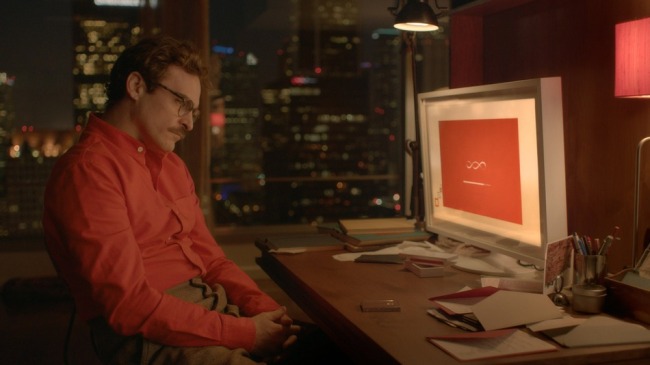 Her is a movie with a lot to say about technology, dependency, social interactions, loneliness, and love. Taking place in the near future, Theodore (a light-hearted Joaquin Phoenix) purchases OS1, the very first artificially intelligent operating system (voiced by Scarlett Johansson). As the plot slowly builds and Theodore and Samantha (the name his operating system gives herself) progress from everyday conversation to emotional bonding, you worry about how far the movie will take their relationship. And then it does. Her sounds preposterous, but director Spike Jonze’s gift has always been his ability to get you to get on board with ridiculous premises like finding a secret doorway into John Malkovich’s mind or a screenwriter becoming the main character of his own script, and Her is no exception.

So few movies set in modern times feel like they create a whole different world, completely foreign to audiences. Beasts of the Southern Wild manages the difficult feat with aplomb, taking people into “The Bathtub,” a Louisiana marsh housing a ramshackle community in the wake of Hurricane Katrina. The movie’s ace card is telling the story from the point-of-view of a five-year-old named Hushpuppy, played with spirited innocence by newcomer Quvenzhané Wallis in a revelatory performance that made her Oscar’s youngest Best Actress nominee. The catastrophe of Hurricane Katrina, filtered through the attempted comprehension of a child, allows for wondrous visuals, gripping terror, and touching naiveté the likes of which few films manage.

The cat-and-mouse thriller is a subgenre that’s been around since the inception of cinema. There’s very little new ground to be broken in the concept, and Headhunters can’t really be called innovative in that respect. Its genius isn’t in doing something new, but doing something amazingly well. When a corporate headhunter (who also moonlights as an art thief, to maintain his high-class lifestyle) steals a painting from a former mercenary, it becomes an escalating battle of life and death, with no extreme too far. Every time you think the movie can’t possibly surprise you anymore, it pulls another trick from its sleeve. A gripping thrill ride that doesn’t let you breathe for an hour and a half, Headhunters is the most well-plotted and tense back-and-forth thriller this side of The Departed or The Prestige.

Before Argo completed Ben Affleck’s redemption story in Hollywood, The Town put him back on the map in a big way. Not only did he the star in it, write it, and direct it, but he did all three with a maestro’s talent. At no time does The Town feel like only the second movie of his career behind the camera. While it lost a lot of Oscar attention due to a crowded field in 2010 (save for a well-earned Best Supporting Actor nomination for the intense Jeremy Renner), a lot of the Argo-centric Affleck love than came two years later was carry-over from this gritty heist thriller that tips its hat to Martin Scorsese and Michael Mann while creating a tone all its own.

Under the Skin is not for everyone. It’s an art film in the purest way, with extended stretches free of any dialogue and very little explanation given to the narrative of an alien seductress trying to understand humanity while hunting down victims on the streets of Scotland. It’s trippy, hypnotic, and makes no effort to be coherent or comprehensible, but incredibly rewards viewers who give themselves over to writer-director Jonathan Glazer’s stunning vision. Scarlett Johansson is utterly brilliant in a role requiring her to convey a great many thoughts and emotions, almost always without a line of dialogue. In the 16 years since his passing, Under the Skin is the closest anyone’s come to making a new Stanley Kubrick picture. 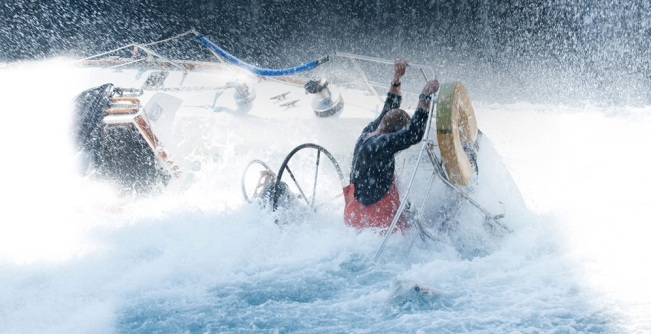 The entirety of All is Lost takes place on the ocean, either aboard a sailboat or in a life raft. Robert Redford is literally the only person seen during the whole 106-minute running time. And save for a few expletives and mayday calls, All is Lost is essentially a silent movie. Yet it’s also one of the most gripping thrillers of recent years, one of the scariest horror films, one of the saddest love stories, one of the funniest dark comedies, and one of the most poignant dramas. Redford gave the strongest performance of 2013 and of his career as the nameless man struggling to stay alive after his sailboat gets impales by a random, floating cargo container. The second movie from writer-director J.C. Chandor (after 2011’s fantastic Margin Call and before 2014’s brilliant A Most Violent Year) and proved he is now what Quentin Tarantino or Christopher Nolan were for independent cinema before him.

ON THE LAST PAGE: The Social Network, Gravity, and Misson: Impossible — Ghost Protocol…