The Coen Brothers are an odd breed. They’re brilliant filmmakers, as their combined 28 Oscar nominations stand as testament to. But like Quentin Tarantino and the Wachowskis, they can be their own worst enemies sometimes.

So long as they treat the script and characters as the most important pieces of the picture, they invariably spin gold. (See: Blood Simple, Fargo, The Big Lebowski.) Whenever their visual eye and compulsion for cinematic homage take precedence, though, their movies end up misfires at best and forgettable at worst. (See: The Hudsucker Proxy, The Man Who Wasn’t There, The Ladykillers.)

Hail, Caesar!, the brothers’ first mainstream movie since 2010’s True Grit and their first “goofy” comedy since 2008’s Burn After Reading, has all the pieces to have been one of their greats. Unfortunately, they’re lost in a sea of half-sketched scenarios and overlong set pieces. 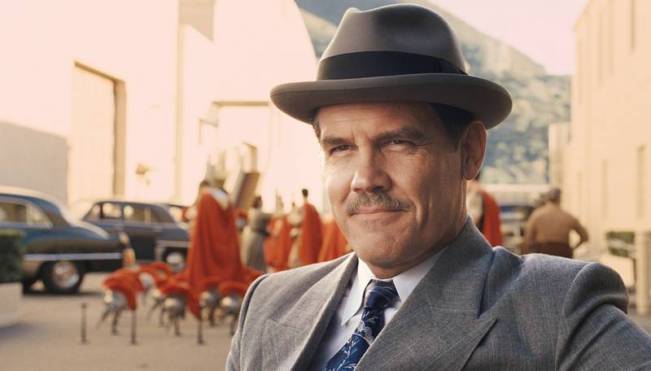 Josh Brolin leads what has already been labeled in all the marketing as an all-star cast, as Eddie Mannix, famed Hollywood “fixer” of the ‘40s. A typical day finds him balancing an Esther Williams-ish actress with an out-of-wedlock pregnancy (Scarlett Johansson), a Kirby Grant-esque singing cowboy being rotated by the studio into a prestige picture (Arlen Ehrenreich), and twin gossip reporters with more than a little Hedda Hopper to them (Tilda Swinton). On the not-so-typical day that spans Hail, Caesar!, it also includes finding the kidnapped movie star Baird Whitlock (George Clooney).

There’s so much comedic material here, but half the time, the Coens treat it dramatically, leaving the movie sometimes stalled for spans where it’s fighting against itself to be funny. 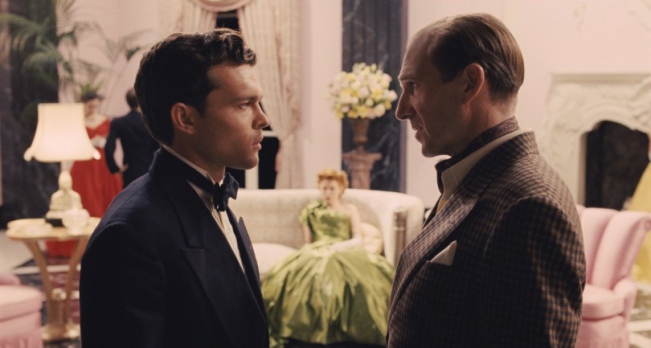 The highs are exceptionally high — the belly laughs mined from a scene with director Laurence Laurentz (Ralph Fiennes) instructing Ehrenreich on how to say the line “Would that it were so simple” continue well into the following scene — but aren’t frequent enough for something that flirts with screwball comedy but never commits to it.

Antic comedies of the Golden Age of Hollywood, of the sort Hail, Caesar! wants to pay tribute to, were masters of not just timing but momentum; the film never gets off the ground, though, as it keeps interrupting any developing pace for scenes that barely elicit a mirthless chuckle.

Each of the sets Mannix visits showcases their movie-with-the-movie, with tributes to many long-abandoned genre styles of old. Unfortunately, the Coens get so wrapped up in paying homage to these films of yesteryear, they sacrifice any inertia they get going. Scenes of synchronized swimming and dance routines, as well-choreographed as they are, stall the overall picture every 10 or 15 minutes.

No character feels close to even two-dimensional (save Mannix, who you still never grow to care much about). That’s not a problem in effective screwball comedies, but the Coens constantly forget here that the plot’s more interesting than the characters, spending lots of screen time on loose strands of story that ultimately go nowhere.

All the subplots feel as incomplete as the characters. Blacklisted communists, arranged marriages, spaghetti lassos, homoerotic dance routines, and Lockheed-Martin all get kneaded together into a tenuous mess that leaves very few of the storylines with adequate screen time or satisfying resolutions.

The entire cast gives it their all — many steal the movie out from under the writer-directors with howlingly lunatic performances — but without a solid voice from the script and a singular vision in the direction, Hail, Caesar! proves an admirable disappointment.