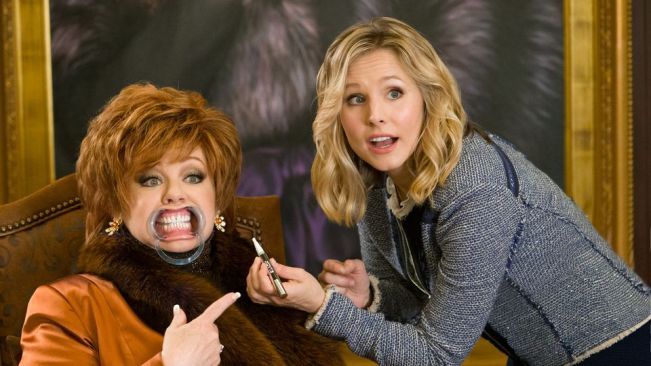 You really have to give it to Melissa McCarthy. She works harder on her characters than almost any other comedian. Whether playing complex creations in Bridesmaids and St. Vincent or tackling one-dimensional doofuses in Identity Thief or Tammy, McCarthy takes every character seriously. The effort she puts into understanding who each is and truly becoming them shows onscreen. It’s an admirable quality and a well-intentioned one. Of course, some of the worst things imaginable have been done with the best of intentions.

Michelle Darnell (McCarthy) is a self-made business mogul who lives large and cares about nobody but herself. Any time her assistant Claire (Kristen Bell) mentions her own daughter, Darnell reacts with genuine and oblivious surprise at suddenly learning Claire has a child.

When Darnell is arrested for insider trading and returns to society a bankrupt, convicted felon, the only person with enough of a heart to give her the time of day is Claire, who invites her to stay on her couch for an indeterminate amount of time, because the script requires it.

After wallowing for a while, Darnell is forced to start pulling her own weight and accompanies Claire’s daughter, Rachel (Ella Anderson), to a Dandelion Girls troop meeting. When she discovers A) how much money the Girls raise selling cookies and B) that the Girls do it for free, she sets a plan in motion to bake her way back to the top, on the backs of child labour. (Oh, and Peter Dinklage is occasionally around, so that The Boss has a rival for Michelle to fight against and a reason for its third act to exist.) 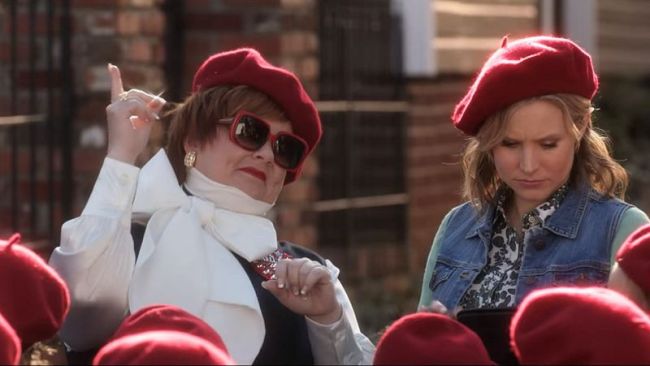 McCarthy created Michelle Darnell 15 years ago when she was a member of The Groundlings, during Martha Stewart’s pre-incarceration reign as the queen of home decorating. It’s obvious the character means a lot to McCarthy and that she knows Darnell inside and out.

Comedic characters that are labour of love, though, like Mike Myers’ Austin Powers or Sasha Baron Cohen’s Borat, are tricky creatures. When comedians become so close to a character that they become most concerned with making them real, they can lose sight of the need to laugh at themselves.

Austin Powers as a character works because, on some level, many of the jokes were at the expense of his obliviousness. The same goes for Borat. Michelle Darnell, though, seems too close to McCarthy’s heart by this point. The script never feels comfortable enough with the idea of ever laughing at Darnell. 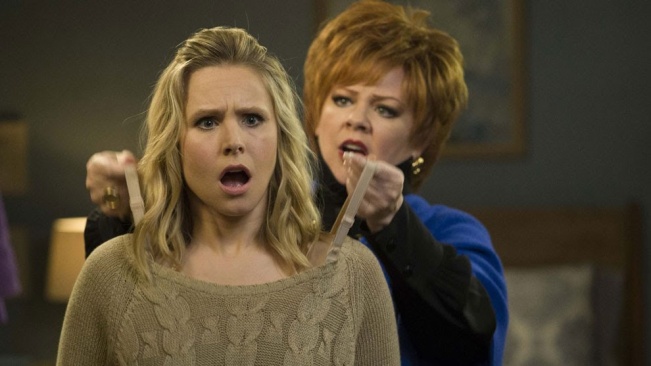 To be fair, The Boss never feels comfortable enough to really do anything. The entire movie just exists, never seeming to even have enough energy to try to be funny. Every scene is like a joke without a punchline, like an EDM song that’s all build and no drop. Scenes either stop right when they’re on the precipice of becoming funny or they just limply end after an indeterminate amount of dialogue.

It makes for an aggravatingly exhausting movie, to the point that after an hour of The Boss, I just wanted it to be over. Even with such pleasant surprises as Tyler Labine as a goofy suitor of Claire’s, I struggled to find things to make the listless writing easier to endure by the final act. Another person’s exclamation of “Oh, thank God” when The Boss finally ended got a bigger laugh from the audience I was with than anything during the movie itself. 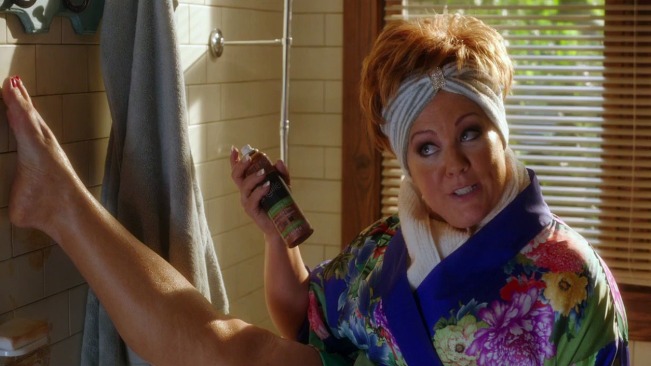 The dedication with which McCarthy tackles even her dumbest roles is so admirably well-intentioned, it’s tempting to be dispirited by her choice of movies lately, particularly when not working with director Paul Feig (Bridesmaids, The Heat, Spy). If she keeps attacking her roles with this veracity and energy, though, she will hit the mark eventually and create a character that will go down as a true comedic hallmark, the likes of Ferris Bueller, Ace Ventura, or Jack Sparrow.

But it sure as hell is not Darnell.