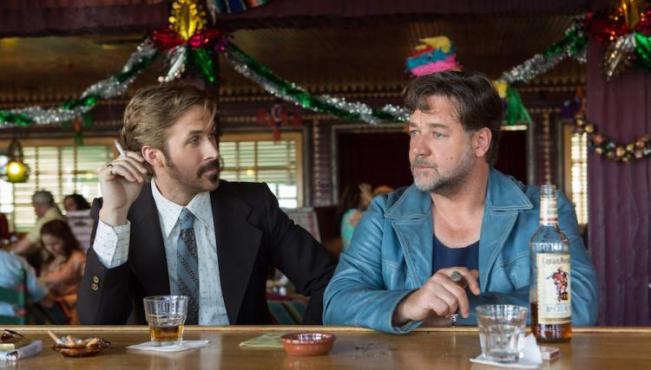 “Spiritual sequels” are a peculiar lot. They don’t directly follow or necessarily have anything narratively to do with their predecessors, but are usually constructed by the same people, creating a similar tone or style, to such an extent that they elicit all the same feelings in audiences (ideally), even though they’re a brand new story. Such is the case with The Nice Guys.

Writer-director Shane Black rocketed into the film industry in the late ‘80s with his revolutionary screenplay for Lethal Weapon, reinventing the buddy/cop comedy with a paradigm shift that still echoes today. He became the go-to scripter in Hollywood until the mid-1990s, when he left the spotlight for a decade. He returned in 2005 with his directorial debut: Kiss Kiss, Bang Bang.

Kiss Kiss, Bang Bang — in addition to being Robert Downey, Jr.’s comeback movie after his drug histories and the reason his was offered Iron Man — was the best movie of 2005. A caustically funny and brilliantly labyrinthine detective story, it was like nothing that had come around since Lethal Weapon, combining rat-a-tat banter with shocking violence and a whodunit mystery that kept you laughing and guessing from start to finish. 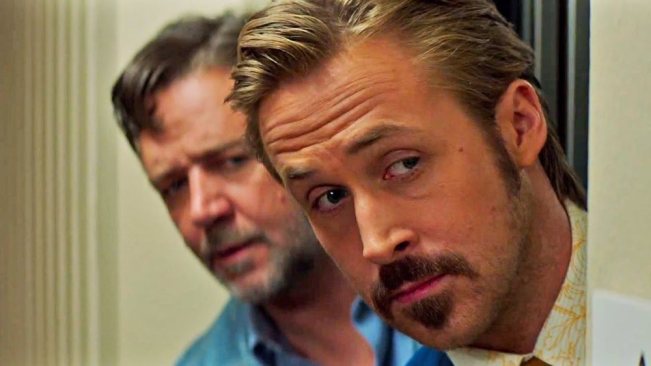 The Nice Guys doesn’t relate to the plot of Kiss Kiss, Bang Bang — it doesn’t even take place in the same century — but everything about it, from the inimitable dialogue of Black’s script to the comically byzantine plot of its detectives solving a murder in L.A., makes it feel like a long-lost sibling.

Set in 1978, private eye Holland March (Ryan Gosling) and hireable goon Jackson Healy (Russell Crowe) first meet when Healy breaks March’s arm, to send him a message from a client. It’s strictly business, though, and Healy even goes as far as advising March, “When you see your doctor, tell him you have a ‘spiral fracture,’” after injuring him.

Soon, Healy comes knocking again, this time needing March’s help. Out of necessity, they begrudgingly team up, to try and find a missing girl that appears to be somehow connected to the suicide of an adult film actress. Much as is the case with these kinds of detective stories, though, they soon find themselves part of a much larger mystery that reveals more layers they deeper they dig. 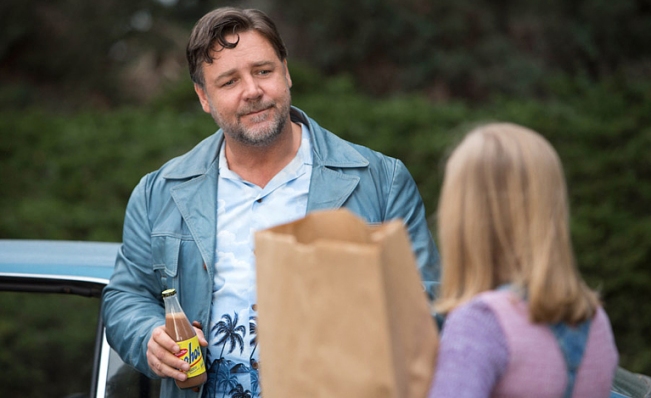 Gosling and Crowe are both magnificent here. Neither actor gets enough credit usually for their comedic talents, but there’s no doubt watching The Nice Guys just how funny the two are. Crowe milks his tough-guy persona for laughs aplenty and Gosling is hysterical as a detective that may not be bumbling, but sure succeeds by accident more often than a good P.I. should.

Individually, each is very funny, but the true power of a great Shane Black comedy is the relationship of the two leads. The sum is even greater than the parts here, with Gosling and Crowe making one of the absolutely funniest teams since… well, Robert Downey, Jr. and Val Kilmer in Kiss Kiss, Bang Bang. 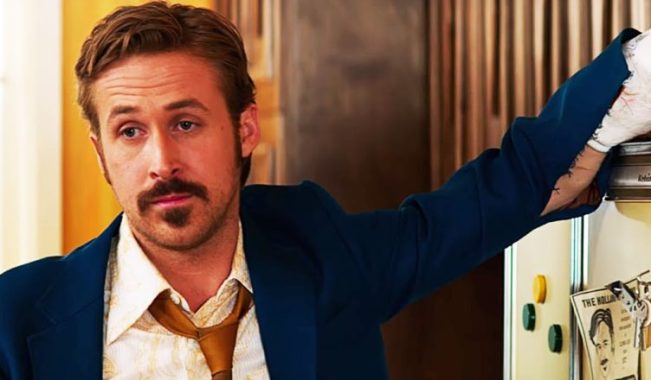 Set very openly in the ‘70s, The Nice Guys is aided by an almost palpable atmosphere, carried along by a wonderful soundtrack, spot-on period outfits, and (most ingeniously) a conspiratorial tone born of out ‘70s mysteries like Chinatown, All the President’s Men, and The Conversation — while still mining every laugh there is to be found out of the absurdity of March and Healy’s situation.

One side effect that can occur in detective stories that spin very complex stories is unintentional confusion, which The Nice Guys does flirt with a bit too closely at parts. As long as you’re paying rapt attention, you can mostly follow it — as much as Black wants you to the first time around, anyway — but it’s not the type of movie where you can afford to go to the bathroom and miss a scene or two. There’s a fine line between complexity and obfuscation, and The Nice Guys steps over it a few too many times for comfort. 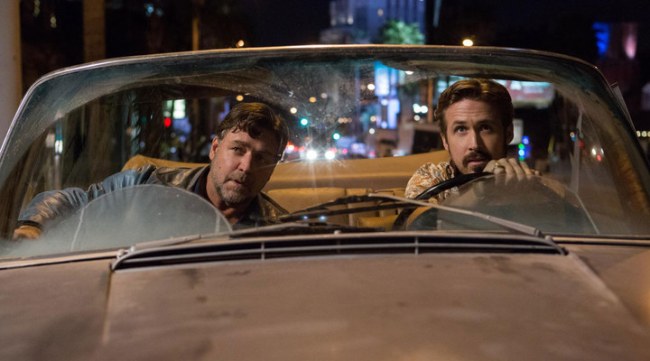 Overall, though, The Nice Guys is a refreshing blast of moviemaking. Black is a writer-director who really knows what he’s doing and has crafted something more special here than you usually find in multiplexes this time of year.

You don’t need to have seen Kiss Kiss, Bang Bang to appreciate The Nice Guys. (Although you should see it, just because it’s that good.) It works on its own a wonderful detective comedy. Really, if you’re looking for a respite from the bombast of summer blockbusters, or even just have a fondness for the comedic absurdity of a modern cousin to The Big Lebowski, The Nice Guys is a nice choice.