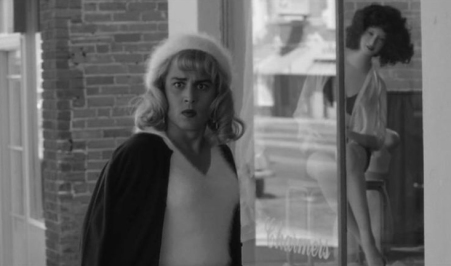 With the compassion and understanding of time, it’s not hard today to sympathize with a closeted transvestite in the 1950s,  but even as recently as two decades ago, men who wore women’s clothes were only treated on film as either laughing stocks or perverts. It’s to Tim Burton’s immense credit that his biography of the cross-dressing, D-movie filmmaker treats him not as a weirdo but simply as a person who wasn’t accepted in his own time and tried to not let it stop him from expressing himself. Depp plays Wood as a gentle, excitable man who loved making movies, whether wearing a suit or a cashmere sweater. 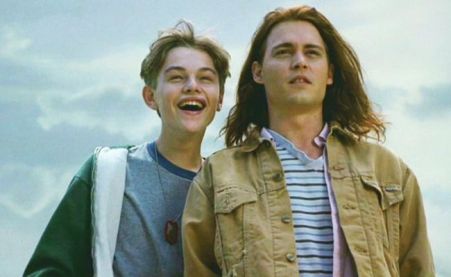 Two of the greatest modern actors got their start as brothers in this look at Gilbert Grape, a young man (Depp) whose need to care for his family — including his mentally challenged brother (Leonardo DiCaprio) and his morbidly obese mother (Darlene Cates) — has kept him from escaping his rural home town. When a young woman (Juliette Lewis) gets stranded in town, Gilbert learn to not always live for others. Depp gave his best performance up to that point in this Lasse Hallström drama, but was still overshadowed by a 20-year-old DiCaprio (who would earn his first Oscar nomination for his performance here).

It shouldn’t work. It really, really, shouldn’t work. Yet somehow, Donald Trump’s The Art of the Deal: The Movie creates a biting takedown of a boggling hard target to hit. FunnyOrDie released their loose adaptation of Trump’s 1987 autobiography/self-help book with no promotion or advance knowledge, but it spread through the Internet like wildfire. Depp tackles the role of Trump with utmost dedication, not lampooning but playing him seriously, making his childish behavior look all the more ludicrous. With intentional VHS production values, a fantastic cast of comedians, and just enough truth to be really sad, Donald Trump’s The Art of the Deal: The Movie does more in 50 minutes than most movies do in two hours.

By the late ‘90s, mafia movies felt done to death, particularly if Al Pacino was involved. Mike Newell’s real-life drama about a mole in the Bonanno crime family found a fresh angle in Joseph D. Pistone (Depp), who went undercover as Donnie Brasco for six years to expose mafia heads. Pacino is expectedly winning as Lefty Ruggiero, an aging hitman who takes Pistone/Brasco under his wing. Watching Depp’s character navigate nerve-wracking meetings and slowly turn into one of the very monsters he’s hunting provides one of the most involving films he’s taken part in.

There are a few animated masterpieces that it would be a true mistake to dismiss as typical cartoon fare, like Fantastic Mr. Fox or The Adventures of Tintin. Rango is another. Depp has an insane amount of fun playing a pet chameleon that gets lost in the desert and finds himself the newly appointed sheriff of a town called Dirt. Rango references a multitude of classic Westerns, but its sharpest homage is that the entire picture reimagines Chinatown as an animated, neo-Western starring a chameleon — played through motion-capture by Johnny Depp. As far as pure comedies go, Rango is arguably the funniest picture Depp’s made.

To grasp the length of time Johnny Depp’s been acting, consider this: he’s been around as long as Freddy Kreuger has. His very first film role was Glen, one of the high schoolers terrorized by the now-famous monster who kills children in their sleep. Wes Craven’s original A Nightmare on Elm Street revolutionized horror, showing craft and artistry could co-exist with the slasher subgenre and introducing cinema to one of its most frightening, enduring creations. Most horror movies gets worse with age, but the practical effects and visual trickery of Craven’s (mostly) improve with time, adding to the surreal horror of much of the movie.

If there was a director studios should have been skeptical about making a fairy-tale fantasy, it was Tim Burton, a man whose most family-friendly movie was the darkly twisted Pee-Wee’s Big Adventure. In Edward Scissorhands, though, the darkness is what gives the movie all its colour. Created by a Frankensteinian inventor in a lab, Edward (Depp) grows up living in isolation after his creator (Vincent Price) dies — without completing human hands for him, hence the makeshift appendages. An Avon saleswoman (Dianne Weist) discovers him one day on a cold call and introduces him to the suburbs. With a marvelous framing device, wonderful choices by Burton, and a painful performance by Depp, Edward Scissorhands is one of our greatest modern fairy tales.

There are war movies and there are anti-war movies. When it comes to the latter, arguably the greatest in existence is Oliver Stone’s winner for Best Picture, Platoon. Built off of Stone’s personal experiences as a soldier in the Vietnam War, the movie follows Chris Taylor (Charlie Sheen, in his dramatic days) from his wide-eyed dreams of defending the U.S. through his disillusionment amidst the chaos and carnage of the Vietnamese jungles. Depp’s character, Lerner, was famously cut down to almost nothing, akin to Kevin Costner’s work in The Big Chill. The few scenes Depp has, though, show the dramatic chops he hadn’t yet gotten to flex, hinting at the far reaches of his talent. 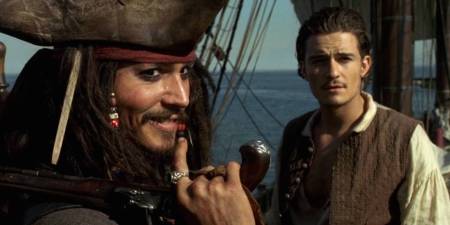 Can you remember what the spring of 2003 was like, when a movie adaptation of Disneyland’s “Pirates of the Caribbean” ride seemed such a dumb decision? It’s funny how quickly things not only change but change again, as now, it’s just as hard to remember how absolutely brilliant Pirates of the Caribbean: The Curse of the Black Pearl is, if you haven’t seen it since. Lackluster sequels of diminishing returns and drunken morons imitating Capt. Jack Sparrow (Depp) have clouded many memories of the fact that The Curse of the Black Pearl is not just the strongest live-action (in-house) Disney film, but a practically perfect adventure movie, ranking alongside Raiders of the Lost Ark and Star Wars in pace, tone, and spectacle. The fact it also contains Depp’s greatest single performance is icing on the cake.

In a career of movies that shouldn’t work, Depp’s most notable is a musical about cannibalism. Sweeney Todd: The Demon Barber of Fleet Street, adapted from Stephen Sondheim’s stage show, tackles issues very few movies would dare, let alone while its characters break into song. Todd (Depp) is a barber who was sent to prison by the vile Judge Turpin (Alan Rickman) so the judge could take Todd’s wife and daughter as his own. Fifteen years later, Todd returns to London to take his methodical revenge on the Judge and all who wronged him — aided by the equally twisted Mrs. Lovett (Helena Bonham Carter), who cooks Todd’s victims for her failing pie shop. Sondheim’s dark warning about the cost of blind obsession becomes not just Tim Burton’s best movie or Depp’s, but a modern tragedy the peer of Shakespeare, perfectly melding script, performance, and vision.