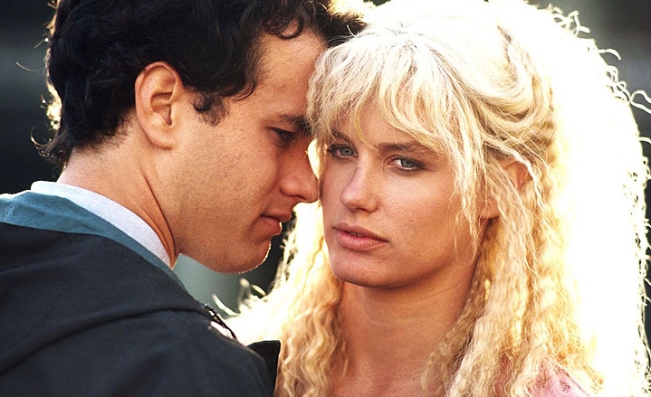 Ghostbusters may be the 1984 comedy reboot everyone’s talking about this year, but it soon won’t be the only one.

While talking with CNBC’s Carl Quintanilla, Grazer was asked who he would cast in some theoretical remakes of his earlier movies. After Quintanilla went through a list of movie titles, the mention of Splash made Grazer awkwardly shift.

“I am actually going to do Splash,” revealed Grazer. “I’m actually going do to it from the point-of-view of… I can’t say anything about it. There’s a movie star that’s going to be involved, [but] I haven’t announced it.”

After asked if the remake will more closely follow Grazer’s original story treatment, Wet, which was written from the point of view of a mermaid, Grazer confirmed, “Yes, we’re going to do a version of that. But I can’t tell you the twist.”

Grazer remained tight-lipped about further details, for which fans will have to just wait until Grazer’s official announcement.

The original Splash starred Tom Hanks and Daryl Hannah. Upon its 1984 release, it went on to earn $70-million and an Oscar nomination for its screenplay.