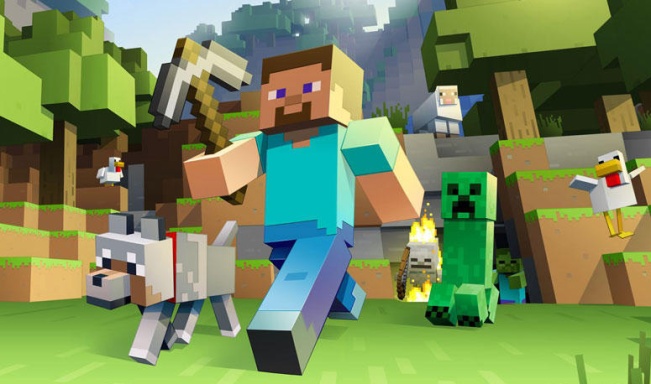 In the wake of the success of The LEGO Movie and The Angry Birds Movie, Minecraft is on its way to the movies.

Aware that both of those properties were elevated by being comedies first and toy adaptations seconds, Warner Bros. has hired It’s Always Sunny in Philadelphia creator and star Rob McElhenney to direct Minecraft.

Shawn Levy (Night at the Museum, This is Where I Leave You) was originally attached to direct, but left after differences in vision with game developer Mojang.

Nothing is yet known about the movie adaptation’s plot. The best-selling computer and video game Minecraft was an open-world sandbox simulation, allowing players to construct whatever worlds they could envision.

According to Variety, Minecraft will arrive in theatres May 25, 2019. (This may be an error, as May 25, 2019 is a Saturday.) May 2019 will also feature the hotly anticipated The Avengers: Infinity War, Part II and Star Wars: Episode IX (working title).

Movies based on Candy Crush and Fruit Ninja are also in the works.