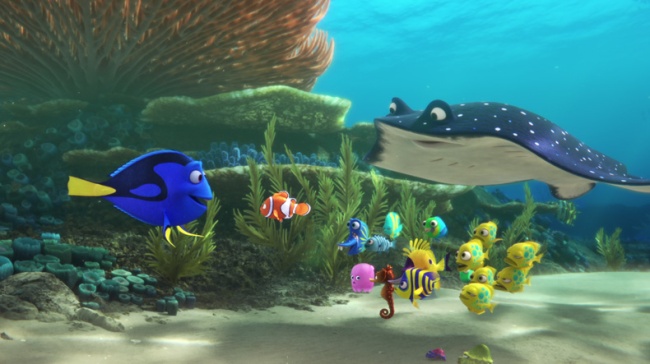 The first weekend of July has always been a big one for box office, with the confluence of Canadian and American long weekends.

Steven Spielberg’s takes on the Roald Dahl tale The BFG, the threequel The Purge: Election Year, and David Yates’ reboot The Legend of Tarzan were all outpaced this holiday weekend by Finding Dory, Pixar’s latest behemoth.

Finding Dory took in an estimated $42-million over the three-day weekend, putting it at #1 for the third weekend in a row (and giving Disney its 13th weekend ruling the box office out of the 27 weekends there have been this year. It now stands at $372-million domestically — the sixth highest-grossing animated movie and just $9-million behind 2003’s Finding Nemo.

The Legend of Tarzan came in second, but the race was much closer than prognosticators thought. Most projection put the reboot at a $20-million opening, but the David Yates picture swung a strong debut of an estimated $38-million.

The Purge: Election Year also performed strongly, pulling in an estimated $31-million, topping the $30-million debut of its predecessor The Purge: Anarchy and marking the best opening for the horror series.

Despite the best reviews of the weekend and the caché “Directed by Steven Spielberg” comes with, The BFG couldn’t pull in giant numbers. An opening weekend of an estimated $20-million would nothing to scoff at if not for the movie doing everything right and still not attracting audiences more than a sequel, a threequel, and a reboot.

Just outside the Top 10, the controversial Swiss Army Man, starring Daniel Radcliffe as a bloating corpse, earned an estimated $1.4-million upon its expansion into wide release.