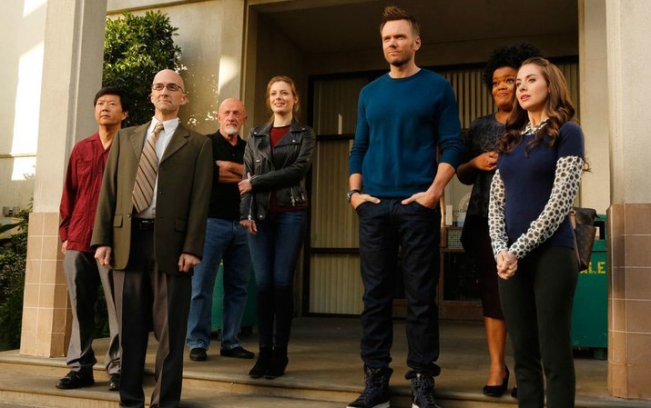 Since the nascent days of its second season, Community  has been emboldened by its fan base’s spread of the hashtag #SixSeasonsAndAMovie, once created to mock NBC’s doomed The Cape.

Now that its sixth (and final) season, which jumped from airing on NBC to being the flagship show of already-dead Yahoo Screen, has been done for a year, fans are rabidly waiting for word on the final part of that hashtag prophecy. And while it may not be here as soon as people want, creator Dan Harmon has announced that it’s coming.

On Larry King Now, Harmon was asked about Community and whether there would ever be another season or a movie. Much like the protracted wait between seasons 3 and 4 of Arrested Development, though, Harmon says scheduling prevents it from happening just yet.

“If I pull out a typewriter right now and write a Community movie just from my own mind,” Harmon said, “then I have to go through the heartbreak and agony of finding out which of the people are going to show up to make it.”

During Community‘s run, several of its actors departed the series as various times, including Chevy Chase, Yvette Nicole Brown, and Donald Glover (a.k.a Chidlish Gambino). Wrangling some or all of them back, as well as Ken Jeong, whose prominence in Hollywood has taken off since the show’s premiere in 2009, will likely cause the biggest delay.

“On the other hand,” Harmon continued, “if I wait for everybody to line up and say, ‘We’re all out of work and ready to do a Community movie!’, well, I guess that’s a bad idea, too.”

Until then, fans will just have to sate themselves with Kickpuncher screenings, reruns of Inspector Spacetime, and the smooth sounds of “Daybreak.”