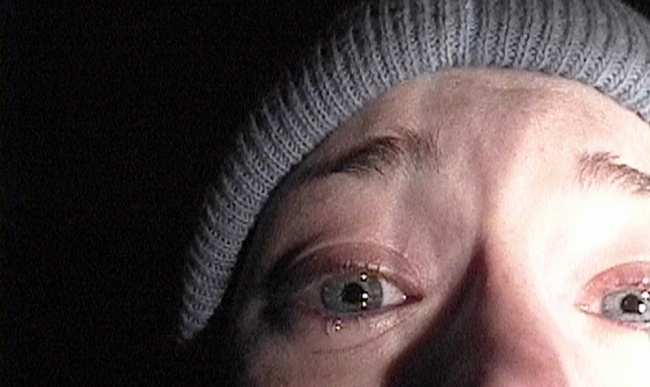 While Lionsgate has defensively reacted to news of them shuffling the Divergent series finale to TV, the studio was secretly waiting to drop another shock on their fans.

San Diego Comic-Con attendees were invited to a screening last night of Lionsgate’s Sept. 16 horror film, The Woods. The audience soon discovered, though, that The Woods has been the secret, working title for Blair Witch, a sequel to The Blair Witch Project and Book of Shadows: Blair Witch 2.

Titled simply Blair Witch, the third in the series follows four millennials who, as doomed teenagers in horror movies tend to do, venture off in search of the malevolent witch. (One of the four has spent his whole life searching for his sister, Heather, one of the three documentarians from the original movie.)

Blair Witch was shot in secrecy last summer, with only a select few Lionsgate employees knowing the true identity of the picture.

The Blair Witch Project was one of the most innovative and profitable movies of the ’90s, earning strong reviews for its creative blurring of fiction and reality, ushering in the handheld-camera movement (for better and for worse), and grossing $249-million — nearly 500 times what it cost to make.

Book of Shadows: Blair Witch 2, on the other hand, is considered one of the most shameless cash grabs of the 2000s, ditching the handheld format for that of a standard slasher and made without the involvement of original creators and directors Daniel Myrick and Eduardo Sánchez.

Lionsgate also dropped a trailer for the new sequel, embedded below.