Regardless of how you feel about Tom Cruise as a person, he is one of an incredibly elite few who have the clout and taste to always pick strong movies to be involved in.

In the last fifteen years, Cruise has never acted in a bad movie. There may be the occasional so-so film, like Valkyrie or Knight and Day, but the track record that provided Edge of Tomorrow, Collateral, War of the Worlds, Tropic Thunder, Minority Report, and the last three Mission: Impossible movies made up for the occasional Rock of Ages.

Jack Reacher: Never Go Back pierces that 16-year streak. It’s the worst picture Cruise has made since Mission: Impossible 2, and his most bland performance in even longer. 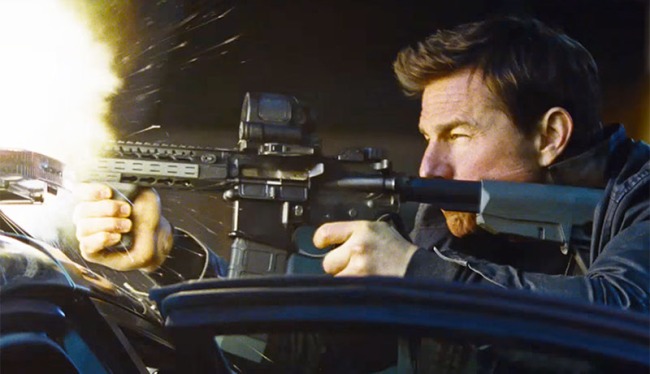 2012’s Jack Reacher, adapted from Lee Child’s sprawling book series by and directed by Christopher McQuarrie, was a perfectly functional action movie that mostly suffered from not being the next Mission: Impossible — Ghost Protocol. Cruise shaved away his natural charm to play Reacher as a no-nonsense fighter whose Military Police background had a way of pulling the drifter into trouble.

The first sequel, adapted from the 18th book in the series, wastes no time setting itself up as a follow-up, nor even introducing characters. Less than ten minutes into the sloppy story, Jack Reacher: Never Go Back is already five minutes into its undercooked-yet-overcomplicated plot. 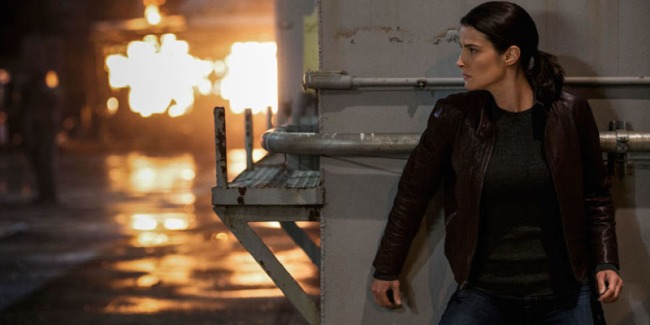 After chatting twice on the phone with Susan Turner (Cobie Smulders), the major holding the position Reacher once held with the U.S. Army Military Police, Reacher decides to hitchhike to Washington, D.C. and meet her in person. When he gets to the capital, he finds Turner having been arrested for espionage and sets out to free her and prove her innocence.

Because the script requires it, a character is jammed into the first act purely to awkwardly introduce the concept of Reacher (potentially) having a 15-year-old daughter, Samantha (Danika Yarosh), who very soon ends up on the run with Reacher and Turner in the kind of ad-hoc family unit that was getting stale by the 1960s.

While the original Jack Reacher lacked a sense of fun, it was still competently made. Never Go Back is one of the laziest mainstream action movies of the last few years. Edward Zwick, director of Blood Diamond and The Last Samurai, is capable of strong action, but his work here lacks any personality or flair. Were Cruise replaced with Jason Statham, the movie would look no different than interchangeable action pablum like The Mechanic or Transporter 2.

Most aggravatingly, Cruise gives his most lifeless performance in around 25 years. He doesn’t even bother trying to hide that Never Go Back is either a contractual obligation, a way to keep his chops in shape before Mission: Impossible VI, or both.

There are still a few movie stars who have a seal of quality attached to their names, like Leonardo DiCaprio, but Never Go Back is an unexpected stain on Cruise’s record.

Next year’s American Made and The Mummy will determine whether Cruise’s star has finally begun to lose its shine or if Never Go Back is just an embarrassing blip in an otherwise great career. Until then, the sequel’s subtitle stands as advice Cruise himself should have heeded about revisiting Jack Reacher.