I’m the guy who hated Furious 7.

You knew there was someone in the world, right? After all, the seventh movie in the action racing franchise earned $1.5 billion, making it the sixth-highest grossing film in global history, so clearly a vast number of people loved what the series did with its new evolution. It felt like a huge fall backward to me, though.

Before director Justin Lin came along, the “franchise,” as it was, was coughing and sputtering. The desperate sequel 2 Fast 2 Furious ruined most of the goodwill 2001’s The Fast and the Furious created. Then Lin repurposed and reshaped the series in a four-film streak that turned the series into one of the biggest of the last decade.

Each of his entries tackled a different action subgenre — Yakuza drama, revenge thriller, ensemble heist, Bond movie — with the same cast of familiar stock characters, and wove into a larger tapestry of chronology-hopping and clever storytelling than was ever hinted at by the series’ humble beginnings.

Lin left the series for Star Trek when J.J. Abrams left Star Trek for Star Wars, and horror maestro James Wan took the wheel for Furious 7. Learning all the wrong lessons from the escalating action of the series up to that point, Furious 7 made the action even more ridiculous, but without any of the heart or skill of the prior entries, exposing its hollow soul with profoundly stupid dialogue and good actors struggling to make something out of nothing.

The Fate of the Furious (originally titled Fast 8, when it was snowballing Helen Mirren and Charlize Theron into the series’ ever-expanding cast) continues the story of Dominic Toretto (Vin Diesel), now that he’s off the grid and living the good life with his wife, Letty (Michelle Rodriguez).

When he’s approached by hacker Cipher (Theron, looking like she styled her hair after watching Battlefield Earth), and shown something on her phone, Toretto turns his back on everyone to aid Cipher in a diabolical quest. The movie withholds what the quest or the blackmail is at first — not because either are revelatory, but just because there’d be even less reason to care about things if you already knew that.

What remains of the team — minus Paul Walker, Jordana Brewster, Gal Gadot, and Sung Kang — are rounded up by walking tank Luke Hobbs (Dwayne Johnson) to hunt down Toretto, with the help of a familiar face or two you may not expect, but really should expect, because anyone who has appeared in one Fast & Furious movie, from Lucas Black to Tyrese Gibson, eventually returns for another go. 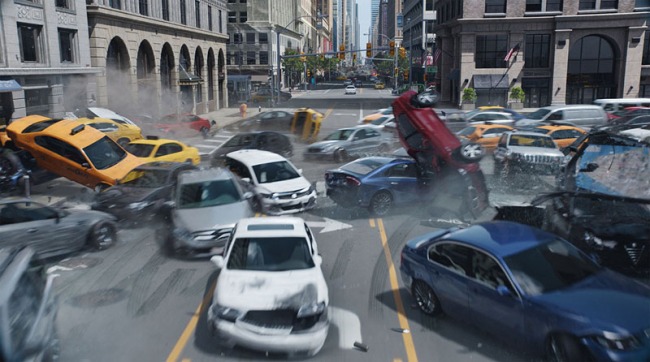 The story is dumb and over-the-top, but so were those of Fast & Furious 6 and Furious 7. The difference is whether each’s director could overcome the stupidity to tell a fun story. F. Gary Gray (2003’s The Italian Job) does a better job that James Wan did, but minimally. If Fast & Furious 6‘s direction was good and Furious 7‘s was ugly, then The Fate of the Furious‘ is simply bad.

Unlike Furious 7, which outweighed several great scenes with many awful ones, The Fate of the Furious is a better overall movie and actually not bad at all for the first half or so. The action scenes are good — particularly an early race sequence in Cuba — and everyone’s doing their thing well.

The trouble is that The Fate of the Furious feels like it’s speeding across cracking ice. There are some truly bone-headed motivations and character decisions early on that the movie tries futilely to outrace. As the ice starts cracking, The Fate of the Furious desperately tries every trick it can to stay out of the water, but it ultimately can’t keep up the speed necessary. 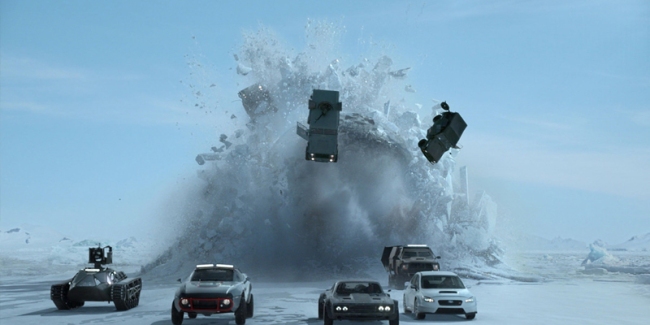 Gone is the hysterically bad dialogue of Furious 7, if nothing else. Some of the moments that happen here are just as laughable — there were a few chuckles in the theatre at one car stunt Toretto pulls in the final act — but the actors are enjoying themselves so much that you always want to forgive the movie for its faults.

The action scenes are good, but unoriginal. Everything here has already been done in previous films in the series, from one of the good guys going turncoat to Dwayne Johnson head-butting his way through obstacles. (The exception is an excellent mid-film sequence involving Toretto being herded through the streets of Manhattan by his former team and family.)

If there’s one thing that’s a nice perk this time around, it’s the addition of Theron to the mix. An actress of her calibre is able to do for her cyber-villain what Philip Seymour Hoffman did for Mission: Impossible III‘s nemesis or Javier Bardem for Skyfall‘s. There’s something about an Oscar-winning actor getting to chew the scenery as a megalomaniac that really brings out the finest ham and cheese, and Theron relishes her chance. Cipher doesn’t actually do anything for most of the movie, but Theron makes you forget that until afterwards. 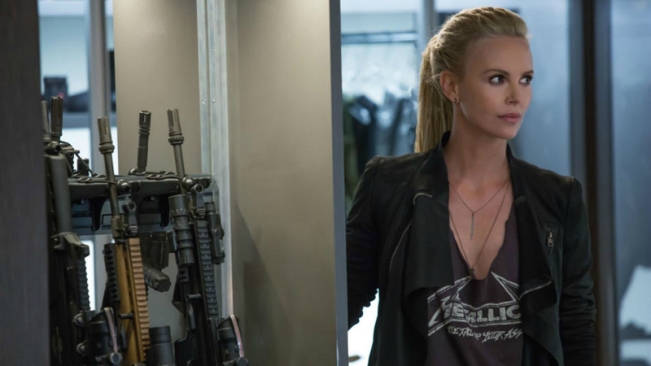 The Fate of the Furious isn’t good. It’s a far cry from Fast Five, Fast & Furious, Tokyo Drift, or even the extravagant Fast & Furious 6. But at least it’s better than Furious 7. In the face of at least two more films in the series still to come, that may be enough for now.

As for whether that leaves enough time to redeem a saga that’s broken down twice after running at peak efficiency just a few movies ago, though, that’s a trickier question.