Comic book origin movies almost invariably get outdone by their first sequels, because the first movie has to spend most of its time as setup while the second gets to hit the ground running.

What’s more, the extensive exposition and mythology when it comes to superheroes make it difficult for even the best superhero origin stories to be truly great movies.

Of course, none of them have been Wonder Woman.

Raised on the island of Themyscira (invisible to the outside world), Diana Prince (Gal Gadot) knows only the life of her Amazonian warrior society but she knows it well. In a people of warriors, princess Diana is their greatest. The Amazons — created by Zeus (yes, that Zeus) — train for the day of the god of war Ares’s return, guardians of humankind waiting in reserve.

One day, an pilot in the middle of a nosedive penetrates the force field around the island and crashes into the water. Spotting this from the shore, Diana swims out and saves him. 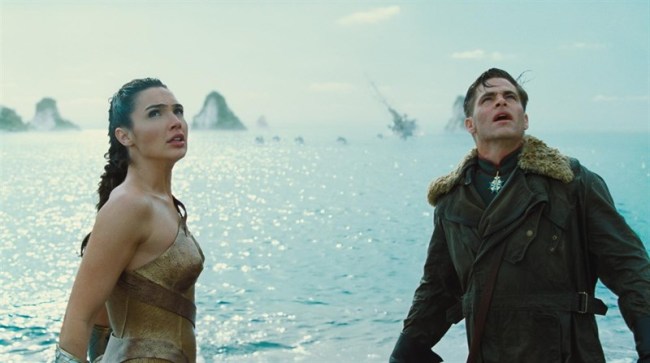 He — that is to say, Steve Trevor (Chris Pine) — turns out to be an American spy, trying to get word back to the United States about a deadly gas the German army had developed and was planning to unleash on the world.

It’s 1918, Steve explains, and World War I is being waged. When Diana learns of the millions bound to die because of the Germans’ new weapon, she insists on leaving Themyscira and putting an end to the war — and the one she believes to be responsible for it, that rapscallion Ares. 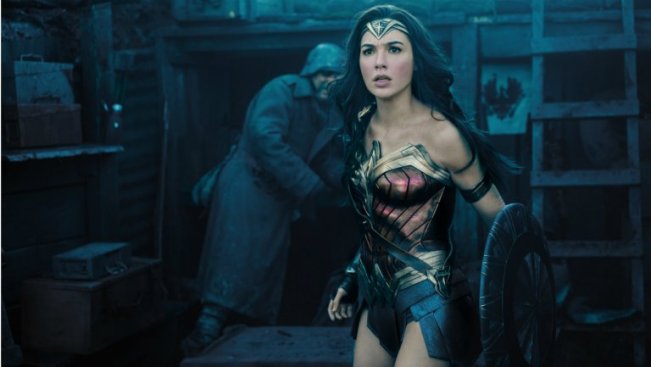 Many’s expectations for Wonder Woman were high but tempered, after the DC Extended Universe thrice tried and failed to pull off the Marvel trick with Man of Steel, Batman v. Superman: Dawn of Justice, and Suicide Squad. It’s too early to say whether Wonder Woman is an anomaly or a sign of things to come, but one thing is hard to dispute: this is very simply the greatest movie made from a DC property in at least five years, if not since The Dark Knight.

The three elements that distinguish and characterize almost every Marvel movie — fun, likeability, and humour — have long been absent from the world of DC, but they prove three of Wonder Woman‘s most powerful weapons.

Even stronger are the performances from Gadot and Pine. Gadot was already a standout of the Fast & Furious series and Batman v. Superman, but her performance here feels like the birth of a new star, like Julia Roberts in Pretty Woman or Emma Stone in Easy A. The fact Gadot’s physical and comedic muscles are equally strong allows for an already-iconic performance.

Pine, fresh off the Oscar-nominated Hell or High Water, finds the same tone — for the first time, really — that he hit in since 2009’s Star Trek. Far too often recently, Pine’s tackled his action roles humourlessly, and it’s a riot to see him struggle to maintain his masculinity around the fearless Diana or to explain why swords are malapropos at formal galas.

Much discussion has already come out of the fact Wonder Woman had the largest opening weekend of any movie directed by a woman, but the fact it was directed by a woman is completely irrelevant; a good director is a good director and Patty Jenkins has done as excellent a job as her male Marvel counterparts. Besides, when hiring a man to do the job results in Zack Snyder “directing” so many of DC’s movies, someone like Jenkins is a breath of fresh air and a shot in the arm.

Is Wonder Woman perfect? No. In the end, as good as the rest of the movie is, the final battle just comes down to two practically immortal being smashing each other back and forth for ten minutes. But considering how great it is — and as an origin movie, no less — I cannot wait for the sequel.