The trailer, introducing “that Asian guy from American Pie” and “that Indian guy from Van Wilder,” wore the movie’s mix of cleverness and stupidity on its sleeve, launching the careers of John Cho and Kal Penn — not to mention Neil Patrick Harris, who would go on to win his role on How I Met Your Mother because of it. (Bonus points for paving the way for comedies that didn’t have to star white guys and finding the time between fantasy sequences to actually tackle important racial issues.) 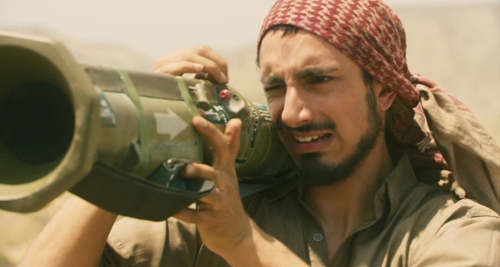 Of the several taboo topics some of these fifty movies cover, “suicide bomber farce” particularly screams “bad idea.” By painting five British morons who want to become terrorists with the same colours as the Three Stooges or the Marx brothers, Four Lions — “But there are five of us!” — finds incredibly fruitful, untouched areas of comedy that only increase when seen through the astonished disbelief of their leader-by-default Omar (Riz Ahmed).

Speaking of taboo topics… a flamboyantly gay con-man comedy starring Ace Ventura and Obi-Wan Kenobi was a particularly tough sell, even by 2011’s standards. And with reason, but in the most deliciously subversive and startling ways. Having not had a quality role in a quality movie since Eternal Sunshine of the Spotless Mind, Jim Carrey’s all-in commitment pays off wondrous dividends in one of his most memorable and most complex performances, in a movie skilled at causing coughing fits of laughter at its shocking courage.

Tim Allen gets a bad rap. Granted, some of his views in the Trump era aren’t everyone’s cup of tea, but very quickly during his ’90s reign, people started hating on Allen, despite pretty much everyone loving him in the Toy Story movies and Galaxy Quest. His greatest unseen performance, though, was as the lead in the screwball comedy Big Trouble, based on Dave Barry’s debut novel. Doomed by being a bomb-centric movie originally scheduled to open the week after 9/11, it ended up getting buried for close to a year, by which point audiences didn’t notice its feeble release, but it’s a comedy worth seeking out, and not just for its remarkably impressive cast. 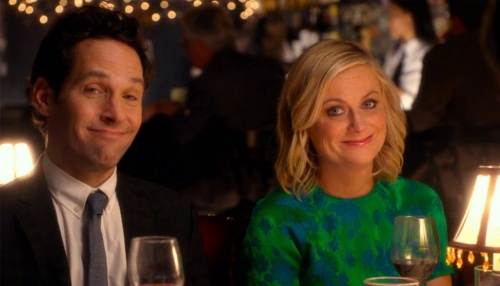 Comedy group The State get all their kudos for their 2000 movie Wet Hot American Summer, but director David Wain continued to make more genius works of comedy worth seeing in the years to follow, none more so than They Came Together. A parody of romantic comedy tropes with its tongue so far in cheek that stars Paul Rudd and Amy Poehler even turn to the camera to mug at several points. Its best feature is that by focusing on the genre’s clichés instead of specific movies’, They Came Together is bound to age beautifully.

What could’ve played merely as a Canadian Rushmore took on a brilliant life of its own by centering on a clever student named Leon Bronstein who absolutely believes he’s the reincarnation of Russian revolutionary Leon Trotsky. This leads to many a quotable line — “Are you my Stalin, Dwight?” has never really left my stable of conversational quotes — but wouldn’t hold up for feature-length if not for a career-best performance by Jay Baruchel and a deliciously smug Colm Feore as the high school principal who wages fascist war with Leon.

By 2014, Jason Bateman had become the prototypical “nice guy,” after Arrested Development led to Juno, The Switch, and Horrible Bosses. His response was Bad Words. A directorial debut well above the watermark met by most actors-turned-directors, what makes it so glorious is how profane the script is, thanks to vulgar trailblazers like Bad Santa and In the Loop. Bateman has palpable excitement playing an a-hole who enters himself into a children’s spelling bee due to the technicality of not having passed Grade 8. 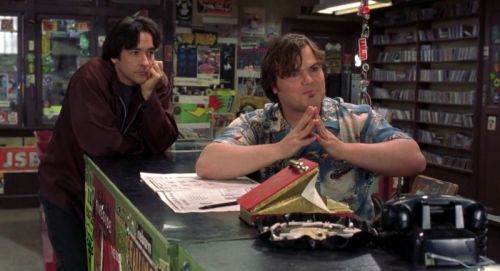 Yes, it ultimately spawned the career of Jack Black, for better and for worse, but his performance here still remains one of his best, as does John Cusack’s. Playing his only better role than say anything…’s Lloyd Dobler, Cusack’s Rob Gordon is an immature record store owner in Chicago who vents his inner monologues through the fourth wall and generates random top-5 lists with his friends (Black and Todd Louiso) while trying to grow up enough to win back his long-put-upon girlfriend (Iben Hjejle).

Another of those such-a-great-idea-they’d-have-to-try-to-screw-it-up comedic premises fleshed out full-size, The Invention of Lying takes place in a world almost like ours. The only difference? Not a single person knows how to lie or what a lie even is. When screenwriter Mark (Ricky Gervais) has the bonkers idea one day to tell a bank teller he has more money than their computer says, he begins down a comic path reminiscent of Bill Murray’s in Groundhog Day, with the sadness of his character always hidden right below his barbed quips.

Overshadowed by the inferior Despicable Me the same way Observe and Report was by Paul Blart: Mall Cop or Beta by VHS, Megamind‘s sarcastic smirk and natural banter between Will Ferrell, Tina Fey, Jonah Hill, Brad Pitt, and David Cross show how toothless its twin movie really is. When supervillain Megamind actually succeeds in killing Metropolis’ superhero Metro Man, he loses all purpose, in a Jungian way — until he decides to create a new superhero to fight. (Nothing could go wrong there, right?)

ON THE NEXT PAGE: Bridesmaids, Clerks, and Santa…