Reviewing a superhero movie basically just comes down to comparisons. “Captain America: Civil War is brilliant, but not quite as brilliant as The Winter Soldier.” “Spider-Man: Homecoming was good, but it was no Spider-Man 2.” “How awesome is it that Logan was even better than X-Men: Days of Future Past?”

It’s quite helpful in Justice League‘s case, as there are so many comparisons to be made. And perplexingly, DC’s supergroup movie doesn’t just invite them but encourages them as the movie goes along, blatantly and immodestly stealing from any successful superhero movie it can think of in a vain effort to win the critical and fan love that has seemed to come so naturally to the Avengers, X-Men, and Spider-Man series but been unattainable for DC since the Dark Knight era.

So to save time: 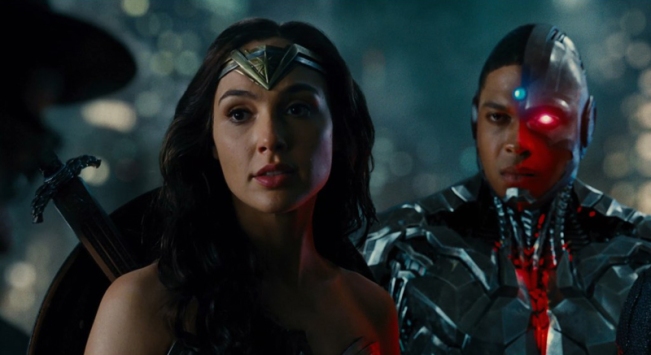 Even since the DCEU launched with Man of Steel in 2013, Warner Bros. has made no effort to disguise the fact they feel they deserve just as much of the pie as Marvel/Disney, barely able to shake their “Superman and Batman are better than Captain American and Iron Man, dammit” superiority. While Marvel took the time to carefully lay out plans and pacing with their films, DC crammed Superman, Batman, and Wonder Woman into Batman v. Superman, a movie so proud of its existence as a stepping stone as to actually be subtitled Dawn of Justice.

Suicide Squad was an appendix without any real series value and Wonder Woman was a stunning, brilliant anomaly of a prequel so much better than the rest of the series as to almost be unrelated, situating Justice League as the de facto follow-up to Batman v. Superman, trying to accomplish something Marvel already did five years ago because “The Justice League is better than the Avengers, dammit.”

Since the marketing has made no point of hiding it — and since nobody in their right mind truly believed it was a permanent move — it can be said right out in the open: Superman died at the end of Batman v. Superman: Dawn of Justice. But like Gandalf, Spock, and Michelle Rodriguez in the Fast & Furious saga, he just can’t stay dead for long.

Certainly not when there’s a mythological god hell-bent on conquering life on Earth to appease his alien master. [The Avengers reference!] Chaos reigns in the absence of Superman [The Dark Knight Rises reference!], and Batman has taken it upon himself to train Flash [Spider-Man: Homecoming reference!] after finding some of his closer allies unwilling to join him right away. [Captain America: Civil War reference!]

After a half-hour sequence introducing fellow superheroes Wonder Woman (Gal Gadot), Aquaman (Jason Momoa), Flash (Ezra Miller), and Cyborg (Ray Fisher) by the structure of being rounded up by Batman (Ben Affleck) [The Avengers reference!], Bruce Wayne decides to use alien tech to revive Superman without consulting his team. [The Avengers: Age of Ultron reference!] It works, but with a cost. (Are all these reference call-outs distracting? Imagine a whole movie of them!)

Zack Snyder had directed seven movies prior to this, most of which are bad. Dawn of the Dead and 300 weren’t outright awful (and, bizarrely, Legend of the Guardians: The Owls of Ga’Hoole was fantastic), but all his contributions to the DCEU have been disappointing, even if each is a mild improvement on the prior entry.

Justice League is, indeed, better than Man of Steel and Batman v. Superman. It can’t be denied that some of the reason for that is, due to a family tragedy, Snyder had to exit as director during production and Joss Whedon (who worked his magic with Marvel’s Avengers movies) stepped in to complete the film.

Whedon could only do so much, though, and the script is just as senseless, needlessly dense, and unoriginal as Snyder’s prior DCEU entries. Whedon’s ear for dialogue and banter injects some fun that was sorely missing from MoS and BvS, but all it does is remind you of The Avengers and Age of Ultron every two minutes. 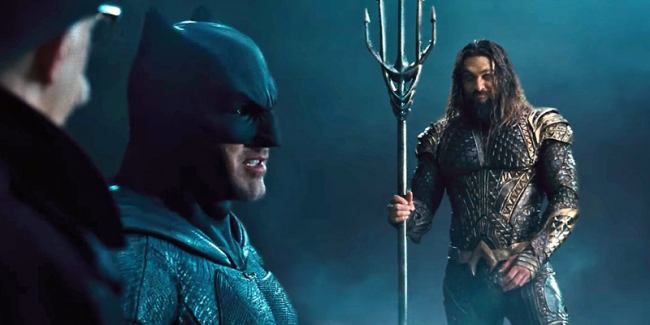 The cast is great, but nobody seems particularly excited to be there. Affleck, underrated in BvS, already seems on autopilot. Gadot, having schooled Hollywood on how to make a brilliant DC movie just five months ago, seems irritated at having to kowtow to a boys’ club again. Fisher just looks miserable for the entirety of the movie — although he is saddled with saying “Boo-yah” with a straight face after the team’s climactic victory, which may have something to do with it.

The only one who seems giddily excited to be there is Miller, who brings the same enthusiasm to his character you loved from Andrew Garfield in The Amazing Spider-Man and Evan Peters in X-Men: Days of Future Past and Paul Rudd in Ant-Man and Ryan Reynolds in Deadpool and Tom Holland in Captain America: Civil War. (Look, more references!)

The larger problem is just that the whole script makes no sense. It’s so convoluted, it feels like there’s a cohesive three-hour picture in there somewhere behind forced into a two-hour runtime because of everyone’s complaints about Batman v. Superman‘s bloated length.

And yet… it rips off so much from so many successful Marvel movies, it actually ends up capturing some of their same alchemy. DC may have stood on the shoulders of giants to accomplish something as quickly as they could, but you can’t really argue with results. Especially when Marvel themselves are having trouble these days replicating their success with their usual consistency.