Every critic has their blind spots. For yours truly, it’s action science-fiction. Just in the last decade, the subgenre has given birth to heart-pumping masterpieces like District 9, Inception, and Gravity and they’re the films I most consistently look forward to. (Two of my most anticipated movies this year, point in fact, were Valerian and the City of the Thousand Planets and Blade Runner 2049.)

As a result of loving the sub-genre so much, I can sometimes be dazzled into distraction in a way other genres aren’t able to. The only movies I generally lower my review ratings for tend to be action sci-fi, like Star Trek Into Darkness and Elysium, both of which dropped half a star between my initial reviews and second viewings.

All of which is to say I, like most in 2015, was a little too impressed by The Force Awakens. It’s a really good movie, don’t get me wrong. But I initially gave it 4½ stars and placed it on my Best Movies of 2015 list — a little undeservingly, I’ve come to see, as my rating for the seventh Star Wars entry has settled to an even 4 stars out of 5. 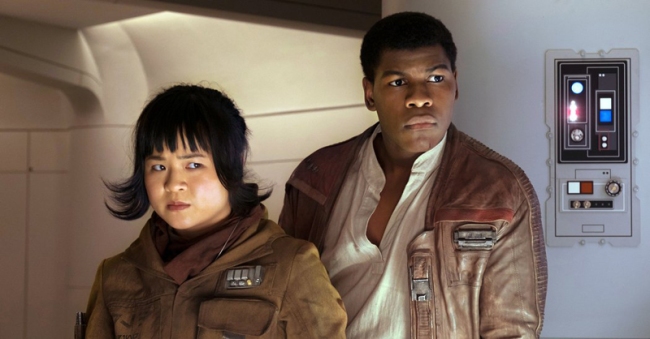 After last year’s prequel Rogue One: A Star Wars Story, the saga of the Skywalkers and the Solos continues with The Last Jedi, yet another excellent entry in the series purchased and rejiggered by Disney in 2012. If it doesn’t instantly come off as refreshing as The Force Awakens, it’s only because the thrill of the series’ prior absence is now gone.

With how similar J.J. Abrams’ seventh Star Wars movie was to the original A New Hope in plot and structure, many guessed The Last Jedi would hew closer to The Empire Strikes Back. In many big ways, it does. Most distinctly, it splits up the team of Rey (Daisy Ridley), Finn (John Boyega), and Poe (Oscar Isaac), sending Rey to an isolated planet to train with a grizzled Jedi master — with the reclusive Luke filling Yoda’s role this time around.

Most of the evil-fighting Resistance have been slaughtered, with the remaining few hundred on the run from the villainous First Order (led by Adam Driver’s Kylo Ren and Domhnall Gleeson’s General Hux). As the Resistance is being checkmated, newly-minted hero Finn discovers a one-in-a-thousand chance at escaping — is there any other kind in Star Wars? — dependent on the help of mechanic Rose Tico (Kelly Marie Tran) and a mercurial hacker named DJ (Benicio Del Toro).

Meanwhile, hot-shot flyboy Poe is having an increasingly difficult time following Resistance orders, his scruffy-lookin’ cockiness leading to clashes and conflicts with superiors of his played by new addition Laura Dern and Carrie Fisher, in her final, bittersweet performance as Leia, now a military general being hunted down by her parricidal son, Kylo.

And we need to talk about Kylo. Now continually humiliated by Supreme Leader Snoke (Andy Serkis) for his stalemate against Force newbie Rey and ridiculed by the militaristic Hux — the new apple of Snoke’s eye — Kylo is unpredictable, power-hungry, and desperate.

Those are the set-ups. Like most Star Wars movies, the less said about the plots themselves the better. 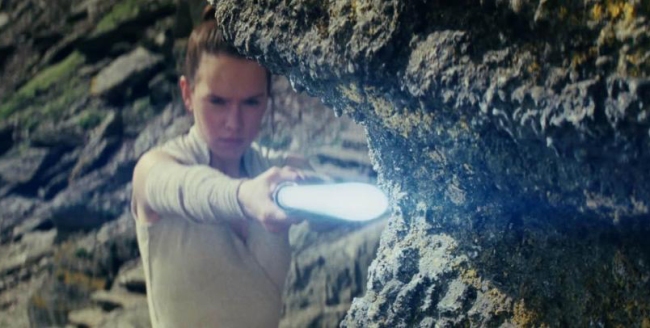 What already has some Star Wars fans ruffled about The Last Jedi — its willingness to rewrite canon and treat areas of worship with a near-casualty — are its biggest strengths. Writer-director Rian Johnson loves to subvert the genres he tackles, be they film noir with Brick, time travel with Looper, or Wes Anderson comedies with The Brothers Bloom. Given the reins of the Star Wars universe, Johnson makes bolder narrative choices than have been seen within since probably The Empire Strikes Back.

What so many loved about The Force Awakens the first time around — the way it obliquely remade A New Hope with everything bigger and badder, in a Home Alone 2: Lost in New York kind of way — has become that film’s biggest fault, making many worry The Last Jedi would crib from The Empire Strikes Back. And it does. But curiously, while much of Rey’s story has echoes of Empire, many of other plotlines call back moments from Return of the Jedi (with some scenes even tipping the hat to Episodes 1-3).

On the one hard, it’s disheartening to watch a lot of references to earlier movies, no matter how well dressed up they are. On the other, though, it’s awfully exciting to wonder where the final entry in the new trilogy will go, no that they seem to have exhausted their reference sources.

While Johnson’s story lacks here and there (and isn’t worried about a gaping plot hole or three), his direction is nearly faultless. This is, without question, the best-looking Star Wars movie since the early ’80s. The set design, the cinematography, and the visual effects all combine with Johnson’s eye for a shot to produce an instantly memorable movie with at least a dozen moments you’ll vividly remember a week later.

Across the board, the acting is either as good as last time or better. Boyega feels much more comfortable as Finn this go around and Isaac finally has something to do after being absent most of The Force Awakens. Driver skilfully sheds the emo cloak in which he initially draped Kylo, in favour of becoming a Machiavellian prodigy, driven to the brink of madness by anger and jealousy.

Fisher gets more to do than last time, but her swan song is sadly overshadowed by Hamill’s devastating performance. Both Leia and Luke are tragically fallen figures, but the gravitas brought to Luke’s story, particularly as told through a morphing series of Rashomon-like flashbacks, is the heart (and hurt) of the movie.

Kathleen Kennedy, head of Lucasfilm after George Lucas’s retirement, has shown herself unsure of her directorial choices, having fired the directors of the now cancelled Boba Fett movie, the already-completed Han Solo movie, and 2019’s Episode IX (the last of which is now being helmed by the returning Abrams).

She was so impressed with Johnson, though, that she’s already given him carte blanche to create a new, separate trilogy in the same galaxy far, far away. After three fantastic films, The Last Jedi is his best calling card yet as a director. It’s just also his worst as a writer.

Is my rating too low? Time will tell. Perhaps the fairest statement is simply to say, overall, it’s the equal to The Force Awakens. Make of that what you will. Besides, who are we kidding? You already know you’re going to go see it at this point.