Gary Oldman is one of the great chameleons of our time. Over the last three decades, he’s played Sid Vicious and Lee Harvey Oswald, Beethoven and Dracula, Commissioner Gordon and Sirius Black. Unfathomably, he somehow even convincingly played a dwarf in the otherwise terrible Tiptoes. He disappears into every role he plays, whether it’s a literary titan in Rosencrantz and Guildenstern are Dead or whatever the hell he was in The Fifth Element.

Despite it all, he’s never earned that coveted Oscar. (He received his first and only nomination just five years ago, for Tinker Tailor Soldier Spy.) Barring any unforeseen circumstances, he’ll get his second when the Academy Award nominations are read in three weeks. Based on his stunning portrayal of Winston Churchill in Darkest Hour, he may very well win. 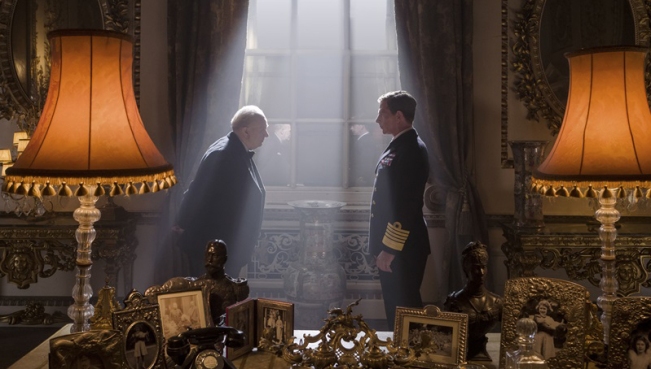 Darkest Hour very smartly doesn’t waste its time caring about the scope of Churchill’s life. It picks up upon the eve of Prime Minister Neville Chamberlain’s forced resignation as the Nazis conquered Europe, with Churchill being picked as the only person all the parties can agree upon and the one man bull-headed enough to stand a fighting chance against Hitler.

Like with John Adams in 1776 or honest Abe in Lincoln, we witness in Darkest Hour  Churchill’s greatest, most impactful period, brought about through bluster, bullying, sheer force of will, and a few perfect speeches from a supernaturally gifted orator.

As Churchill deals with duplicitous backstabbing from Chamberlain (Ronald Pickup) at home and the crushing defeat of British soldiers at Dunkirk abroad, he finds himself backed into corners more and more as the movie goes along, also leading to a doubtful, introspective Churchill audiences have never seen in the hot-headed caricature presented until now.

Anthony McCarten’s script is very smart in how much comedy it slyly slips in, always keeping the proceedings from getting too heavy despite the territory and making the British Bulldog a relatable, likeable guy who happens to unleash tempestuous tirades at buffoons unfortunate enough to stand in his way.

Joe Wright isn’t a director you may have heard of, but you’ve probably seen one of his movies. Starting his masterful 2005 adaptation of Pride & Prejudice and continuing through Atonement and 2012’s Anna Karenina, Wright’s established himself as one of the most visually distinct directors of British period pieces.

Darkest Hour fits his personal style like a glove. Between his love of extreme zooms and cinematographer Bruno Delbonnel’s keen eye for tilts and swoops, it’s one of the most visually impressive movies of the year. 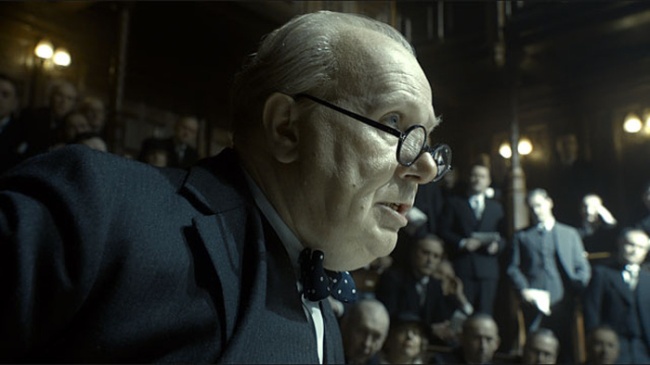 But as fantastic as the writing, directing, and cinematography are — not to mention the peerless makeup work — it’s Oldman’s performance that lifts the movie into an even higher echelon. What could have just been a brilliant transformation through makeup (or worse, excellent acting buried under too much prosthetic work) becomes one of the greatest performances of the year.

That doesn’t go quite far enough for Oldman, though. As effective as he’s been as a wizard, a terrorist, a vampire, a punk rocker, or a peacock, this is the role Oldman deserves to be remembered for. It’s the best performance in a career or great performances. The fact the rest of Darkest Hour is also so good is almost a bonus.