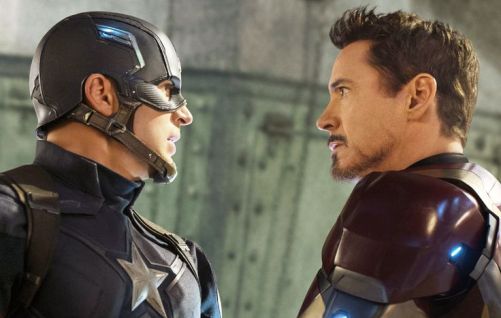 Captain America: The First Avenger remains one of the weaker MCU entries, but sequel The Winter Soldier remains one of its best. Thanks to (returning) director brothers Joe and Anthony Russo, Civil War hews within a razor’s edge of the latter. Calling Civil War “essentially The Avengers 2.5” does a true disservice to what is the strongest trilogy capper Marvel has yet made. Evolving beyond megalomaniacs bent on annihilation, Captain America: Civil War dares to let its heroes be its villains, the inate differences between Steve Rogers (Chris Evans) and Tony Stark (Robert Downey, Jr.) tearing the most profitable cinematic team in history apart at the seams. 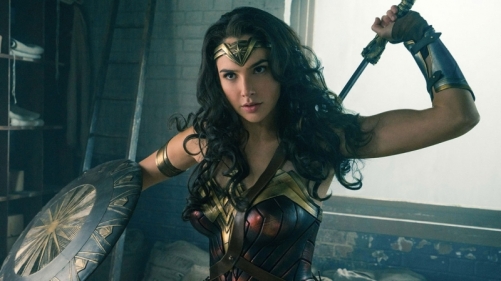 When DC finally got on the ball and ripped off Marvel’s cinematic universe, they missed the point entirely, aping the action and missing the humanity. The resulting Man of Steel, Batman v. Superman: Dawn of Justice, and Suicide Squad — shepherded at large by the polarizing Zack Snyder — were all lacklustre, dour exercises in grim misanthrophy. Then came Wonder Woman, to show them all the way. Patty Jenkins, not having directed a film since the Oscar-winning Monster, took the story of the Amazonian warrior princess (Gal Gadot) and sculpted it into a superhero movie for everyone, regardless of gender. Justice League already has proven a saddening return to mediocre form for the DCEU, but with both Gadot and Jenkins returning for the sequel next year, it won’t be long before the real wonder women save the (extended) universe again. 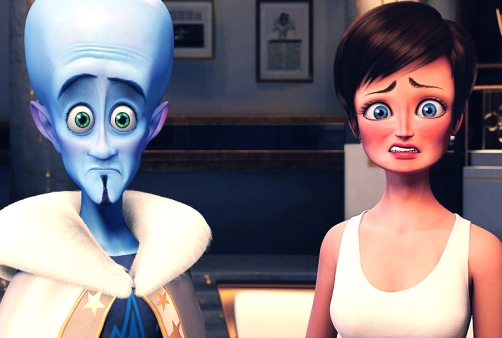 So sadly lost in the wake of Despicable Me‘s cuteness, the sharp insight and cutting comedy of Megamind made by far the stronger tale of a supervillain struggling to be good. (If Despicable Me is Monsters, Inc., Megamind is Shrek.) When two aliens, Metroman (Brad Pitt) and Megamind (Will Ferrell), crash on Earth as children, they form a rivalry that grows into a war as super-adults. When Megamind succeeds in killing Metroman in the movie’s opening act, he goes an a surprisingly complex journey of Jungian depths to discover the meaning of life without a nemesis. Of course, his ultimate solution — creating a new hero to battle — only serves to make everything substantially worse. Tiny Fey, Jonah Hill, and David Cross join Ferrell and Pitt to make the funniest cast of a superhero movie, without question. 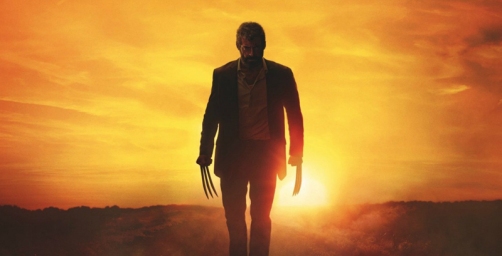 After eight appearances as the adamantium-infused super-soldier, Hugh Jackman was ready to hang up his claws. Then Deadpool came out and showed there was an adult audience raised on 2000s superhero movies thirsty for R-rated content. Logan could have easily been a lazy cashgrab, a callow attempt at earning Deadpool dollars by giving audiences unnecessary blood and gore. Instead, Logan’s gutting in a way no X-Men or Wolverine movie ever has been. By never having shown much blood or personal death in earlier movies — and by jumping over a decade into the future here, when a post-mutant wasteland looks so different from the energetic looks of prior entries — Logan‘s ultraviolence isn’t just shocking, it gives a devastatingly tragic message about the caustic effect of killing, all inside a powerful swan song for one of cinema’s most popular superheroes. 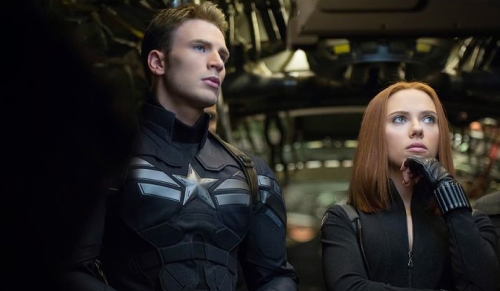 Some have criticized Disney’s MCU for being afraid to veer very far from its winning alchemical formula. While there certainly have been more noticeable efforts lately with Thor: Ragnarok and Black Panther, there’s absolutely some validity there; when you’ve got an unbeatable formula, why mess with it too much? The first Captain America was the first to mess with it, and the results weren’t pretty. When Joe and Anthony Russo took over the reins for the second standalone Cap story, they showed all the right ways to do it, folding the fish-out-of-water elements inherent in a present-day Captain America movie into the mold of a ’70s-era conspiracy thriller (complete with Robert Redford, in one of the best performances a Marvel movie has housed). Avengers: Infinity War could, conceivably, be the best Marvel movie yet. For now, Captain America: The Winter Soldier is the undefeated chamption of the MCU. 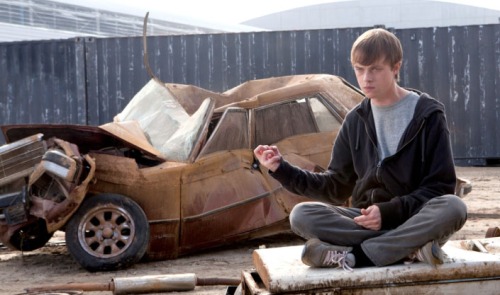 Forget the fact that it introduced much of the world to both Michael B. Jordan and Dane DeHaan. Forget the fact its teaser trailer gripped the Internet in a way rarely seen since the “untitled” Cloverfield days. Forget the fact it’s “another handheld movie.” Chronicle is one of the greatest superhero origin stories — not to mention very possibly the greatest supervillain origin story. When three teenagers (DeHaan, Jordan, and Alex Russell) find some kind of alien rock underground, it unlocks telekinetic abilities in them. Much of the first act of the movie is spent watching the trio behave exactly as teenagers with newly found powers would: pranking people. (The movie ingeniously has the characters learn to levitate the camera around them early on, to get around the movie feeling handheld for very long.) When one of the three begins using his powers to get revenge on others, Chronicle sharply swerves down a darker pather than first suggested, snowballing into the kind of small epic that only hits the big screen once in a blue moon. 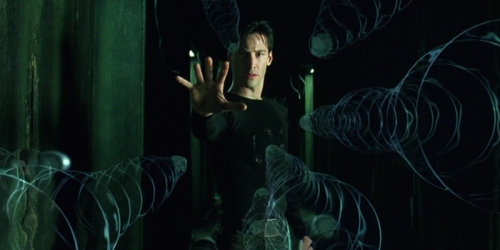 Like The LEGO Movie, The Matrix is a “Chosen One” movie, but it’s so much bigger than any other modern versions (boy wizards notwithstanding). Cranky computer programmer Thomas “Neo” Anderson discovers that not only is our reality just a mechanical dream we’re fed as our sleeping bodies provide energy for machines in the future, but he’s the foretold saviour who is expected to rescue humanity. While it may not seem like an obvious superhero story, it’s ultimately about a man (with a secret identity) who learns to bend the laws of the physics to the point he can stop bullets, leap between tall buildings, and bend the energy of the world around him. Sure sounds like a superhero to me. And while concepts like “bullet time” still be used as a joke today, The Matrix itself remains not just one of the greatest sci-fi movies but one of the greatest non-comic-based  superhero movies, too. 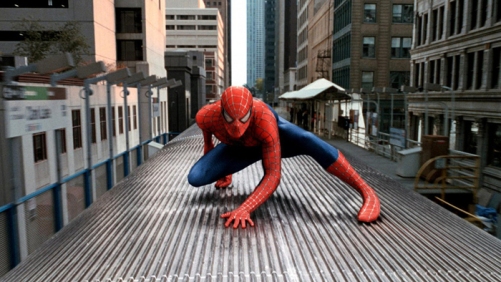 Up until 2004, Spider-Man 2 was the movie that showed everything a superhero sequel could be. Every accepted rule is broken: the villain (played symathetically by Alfred Molina) is a tragic victim, Harry Obsorne (James Franco) discovers the identity of his enemy Spider-Man (Tobey Maguire) is his best friend Peter Parker, and Peter’s secret love interest Mary Jane (Kirsten Dunst) does, too. None of which would amount to much value if Spider-Man 2 weren’t so well constructed. Director Sam Raimi fixed every problem with his 2002 original and fine-tuned the parts that already worked adequately the first time.

While Pixar was churning out Cars 2 and Monsters University and Finding Dory, fans just clamoured louder and louder for the one Pixar sequel they wanted from the beginning, The Incredibles II. The reason it took the animation studio so much longer to bring about this summer’s hotly anticipated sequel is The Incredibles is so much better than Cars or Monsters, Inc. or Finding Nemo. Hell, with only one exception, it’s flatout better than every other superhero movie. Paradoxically, taming the content down to fit within a PG rating allowed the writers to delve deeper into their complex characters, crafting one of the strongest emotional investments superhero movies have evoked in audiences. It’s probable The Incredibles II will disappoint when it finally drops this June, but it’d be incredible for it not to after how high the 2004 original set the bar. 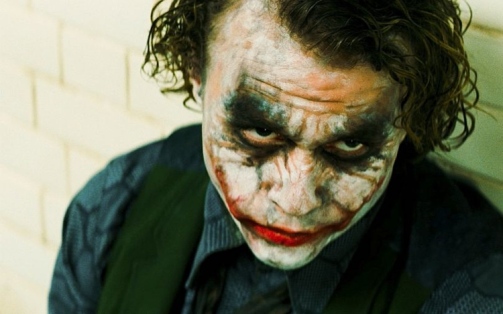 Most blockbusters that initially feel like masterpieces lose some of their lustre as years and reflection warp our initial thrill. A very select few prove to be even greater than first received. Christopher Nolan’s The Dark Knight doesn’t fully work upon just one viewing. It’s not that it takes multiple watches to understand the plot, but rather that it takes more than one to truly grasp the scope of Nolan’s already-timeless tale of good and evil. Nobody expected Jack Nicholson’s performance as The Joker to be so easily erased from people’s memories, but Heath Ledger’s mind-blowing immersion as chaos incarnate created the new definition of the 78-year-old character. Everything about The Dark Knight is perfect, from the pace to the score to the lighting to the production design. Ten years later, no superhero movie has come close to touching it. It remains the gold standard.

Unless, that is, the Avengers have something to say about it this Friday.