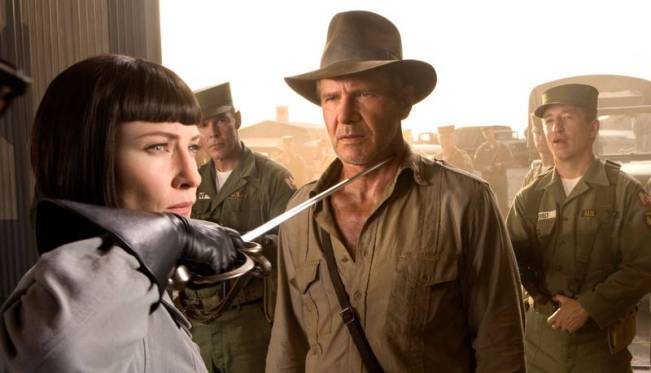 This is the first in a new series of columns I’ll be occasionally writing. Each time, I’m going to defend a movie that is often derided and explain why it deserves more respect. Perhaps if I get bold enough, I may also go after a few “classics” I consider to be overrated. Keeping things recent, though, I’ll turn my focus back just a few years to begin.

Indiana Jones and the Kingdom of the Crystal Skull is not the best Indiana Jones movie. No one would claim it is. Hell, even Shia LaBeouf said in a 2010 interview with the Los Angeles Times that he felt they “dropped the ball” with it.

It’s better than people gave it credit for, though, in the same way and for the same reasons that The Phantom Menace is. When both movies were released, people had such adoration for the original trilogies and had over a decade of anticipation and expectations to live up to, which is a burden no film series is strong enough to overcome. END_OF_DOCUMENT_TOKEN_TO_BE_REPLACED